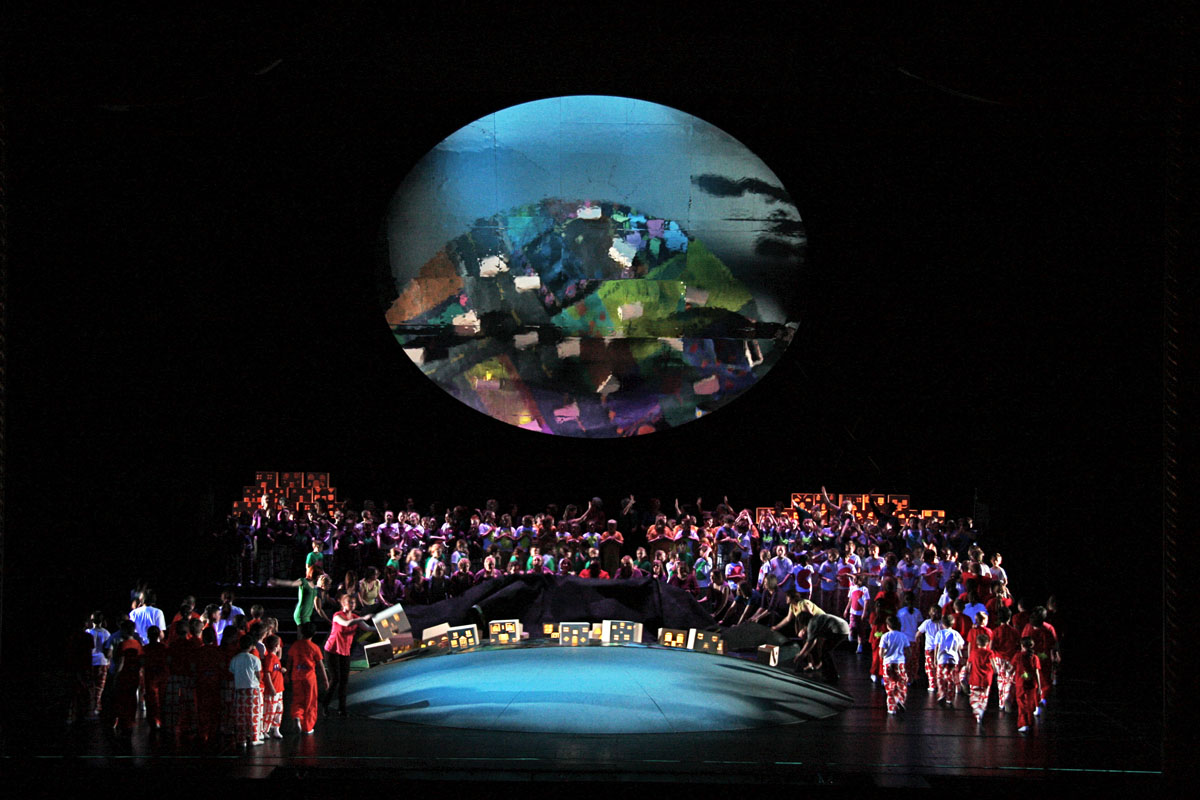 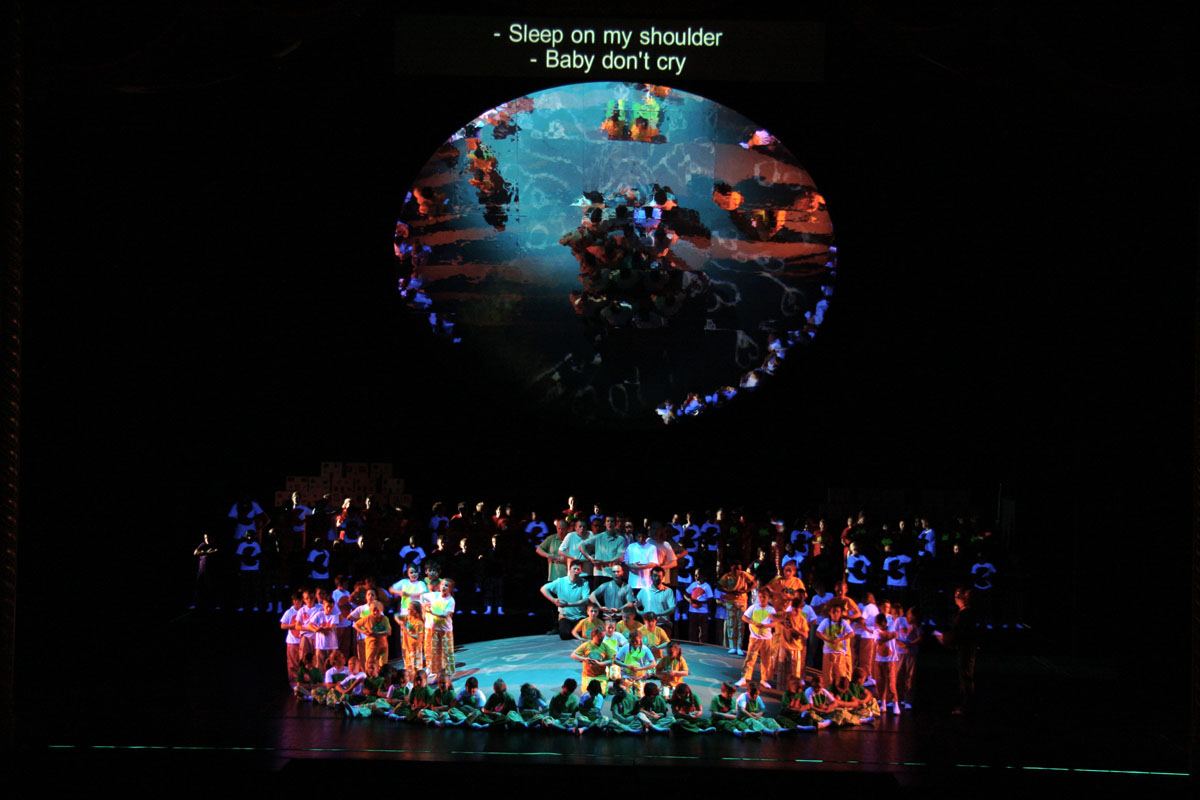 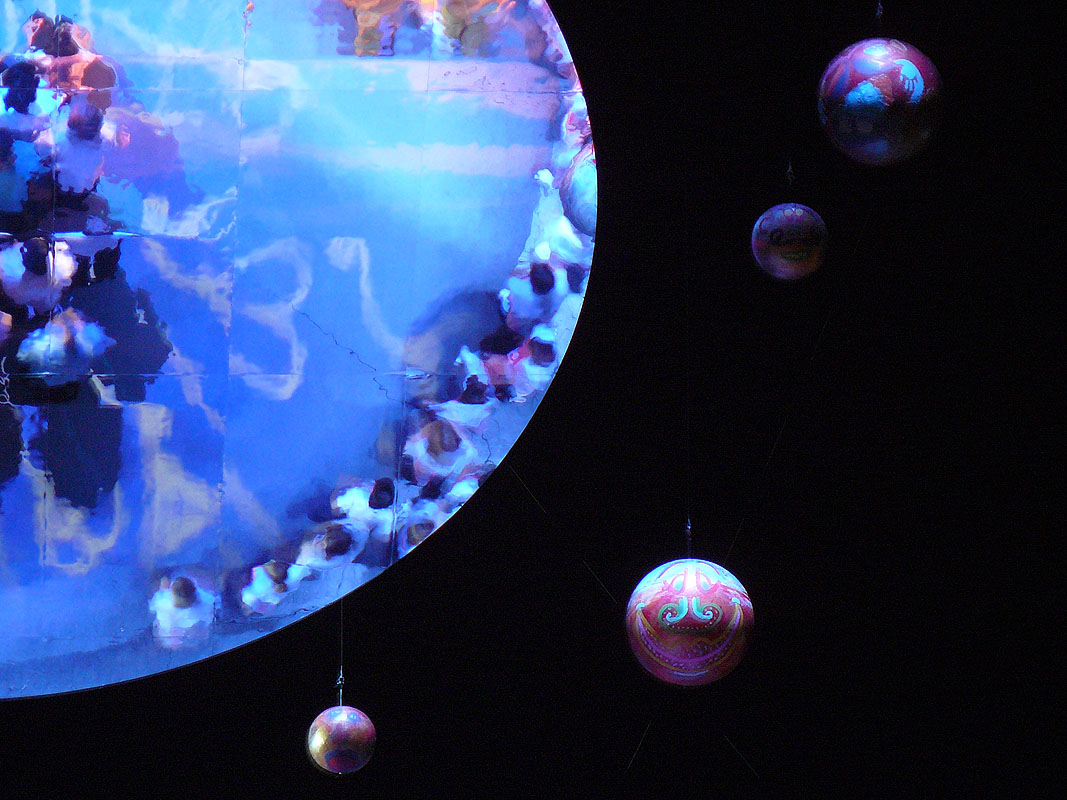 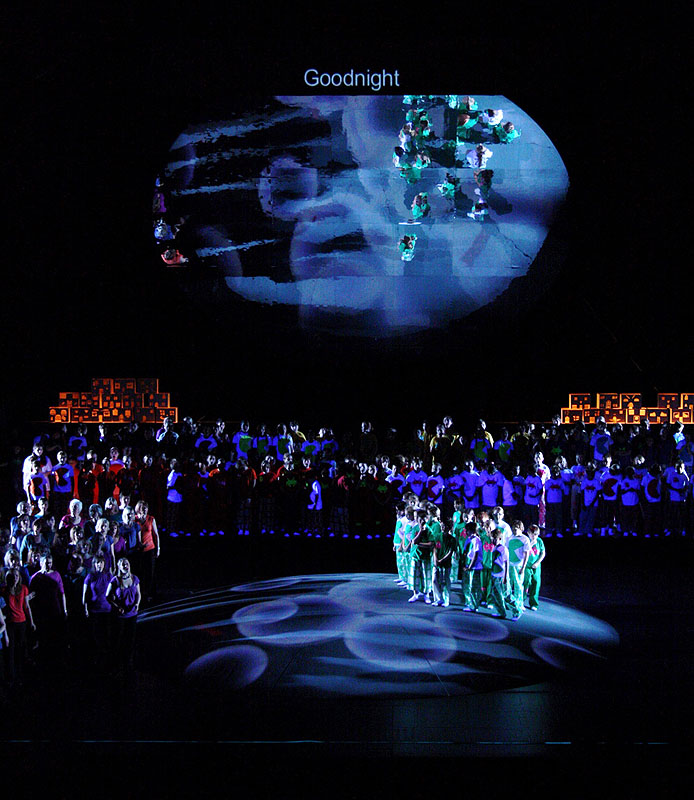 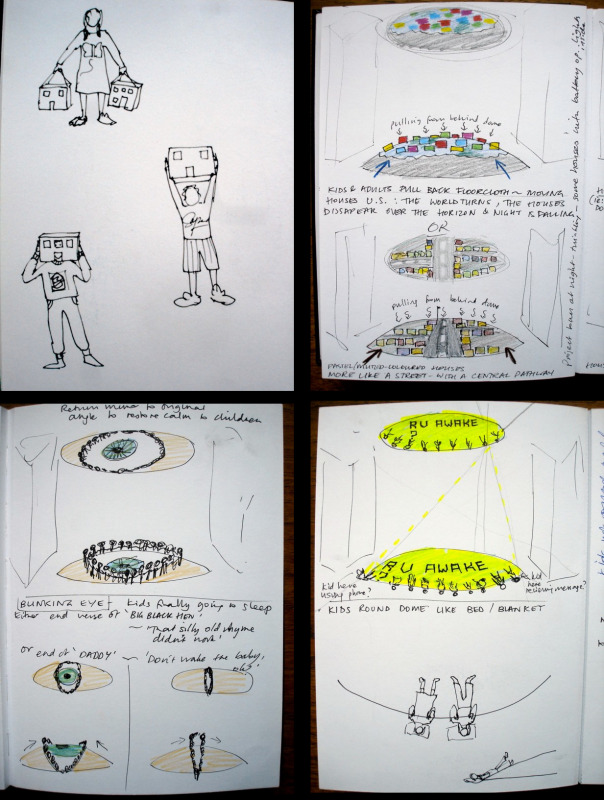 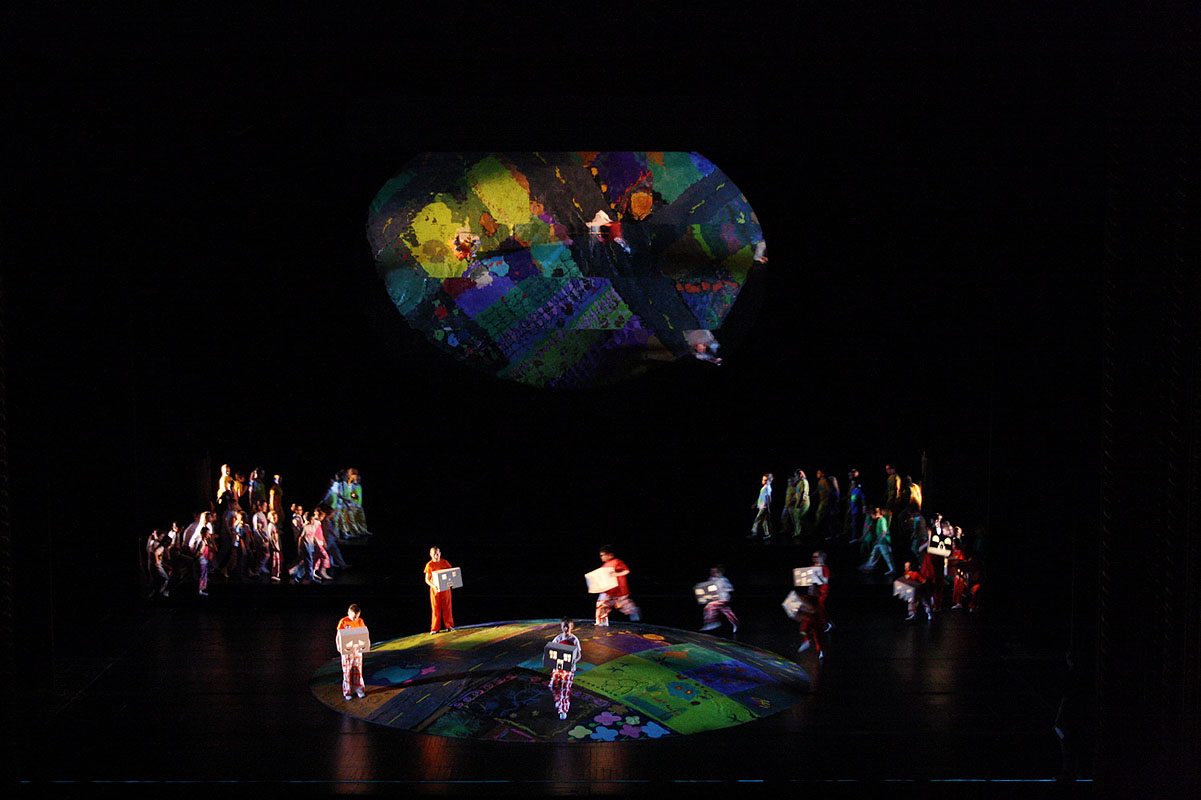 On The Rim of The World

Children’s opera performed by 200 primary school children and 80 adults on the main stage of the Royal Opera House.

‘This is the biggest, most ambitious thing the Royal Opera House’s education department has ever taken on”

Children in pyjamas printed with packman and space invaders placed lit houses with windows and doors like faces on a central dome, covered in a street scene painted floorcloth which was pulled upstage as the world turned from day into night; planets with faces flew in to create constellations; flashing wires showed text messages and phone calls; children became the eyelashes as the dome became a huge eye falling asleep.

A giant mirror above the dome enabled every audience member to see the action on the dome from above, video projections included drawings by the children and related to the lyrics – counting sheep, dreams and constantly changing the visual meaning of the dome.

The design was created to include artwork and ideas generated through a series of workshops run by Becs and Matt Deely in Thurrock with Opera House Education.

Lighting Design by John B Read