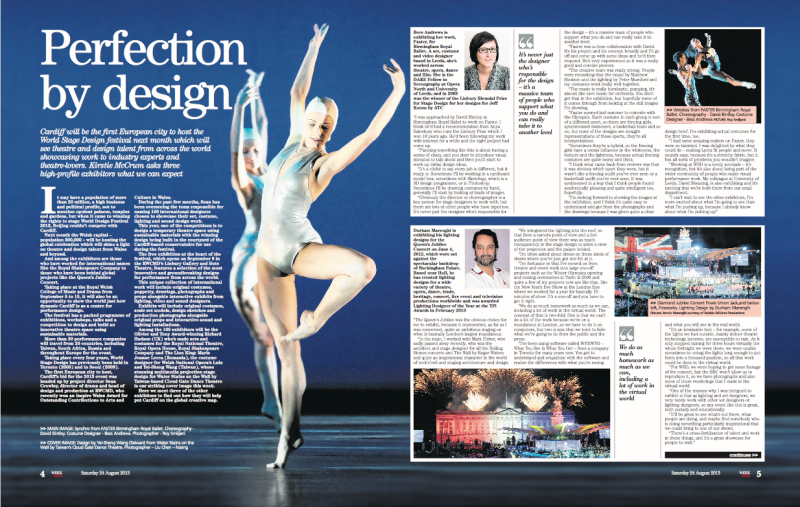 “Faster opened last summer to coincide with the Olympics. Each costume in each group is sort of a different sport, so there are fencing girls, synchronised swimmers, a basketball team and so on, but none of the designs are straight representations of those sports, they’re all interpretations. Sometimes they’re a hybrid, so the fencing girls have a tennis influence in the whiteness, the texture and the lightness, because actual fencing costumes are quite heavy and thick.

I’m looking forward to showing the images at the exhibition, and I think it’s quite easy to understand and get from the photographs and the drawings because I was given quite a clear design brief. I’m exhibiting actual costumes for the first time, too.

I had some amazing makers on Faster, they were so talented. I was delighted by what they could do – making Lycra fit people and move. It sounds easy, because it’s a stretchy fabric, but it has all sorts of problems you wouldn’t imagine.

Showing at WSD is a lovely accolade – it’s recognition, but it’s also about being part of the wider community of people who make visual performance work.”

Read the interview in full