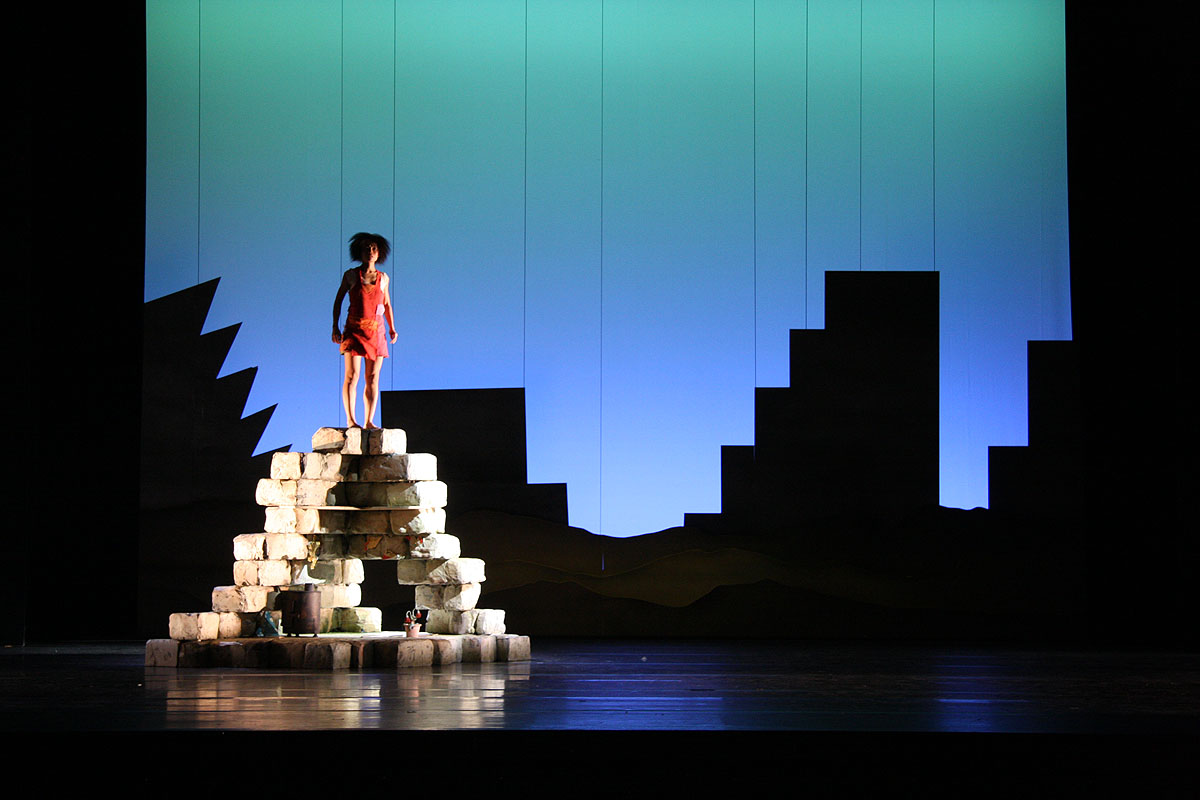 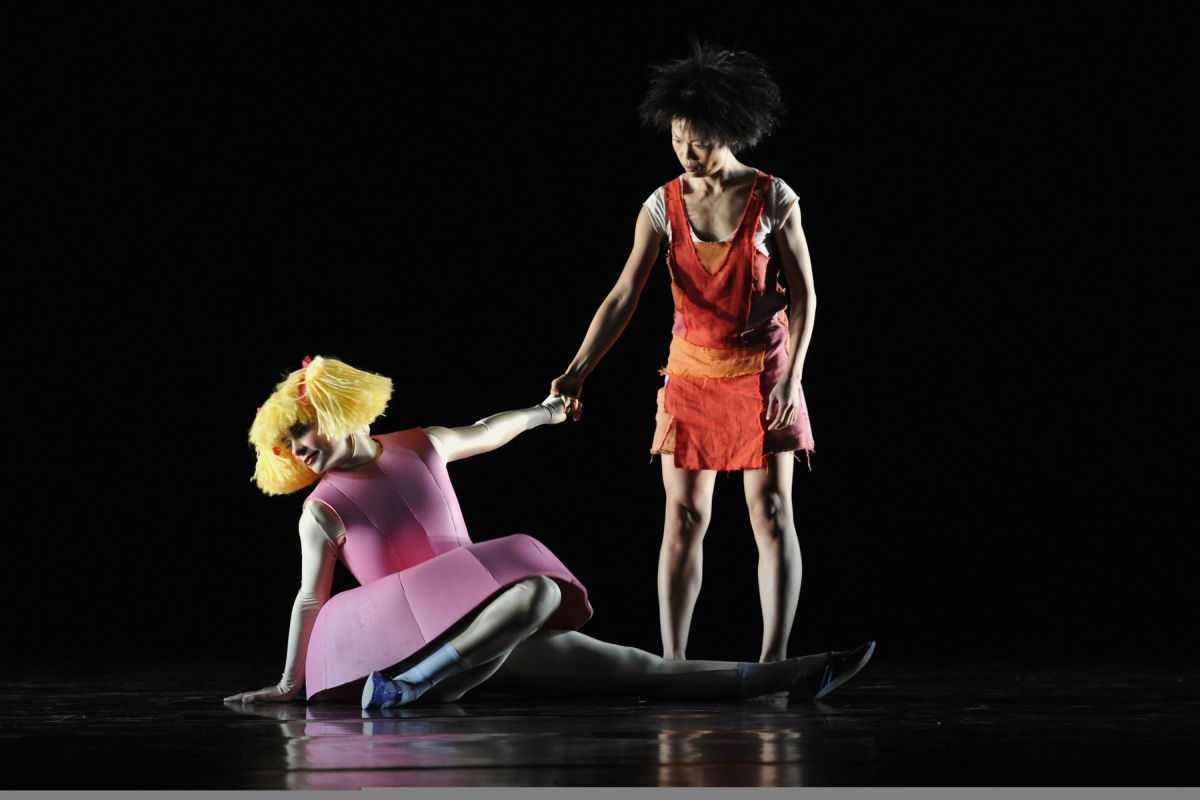 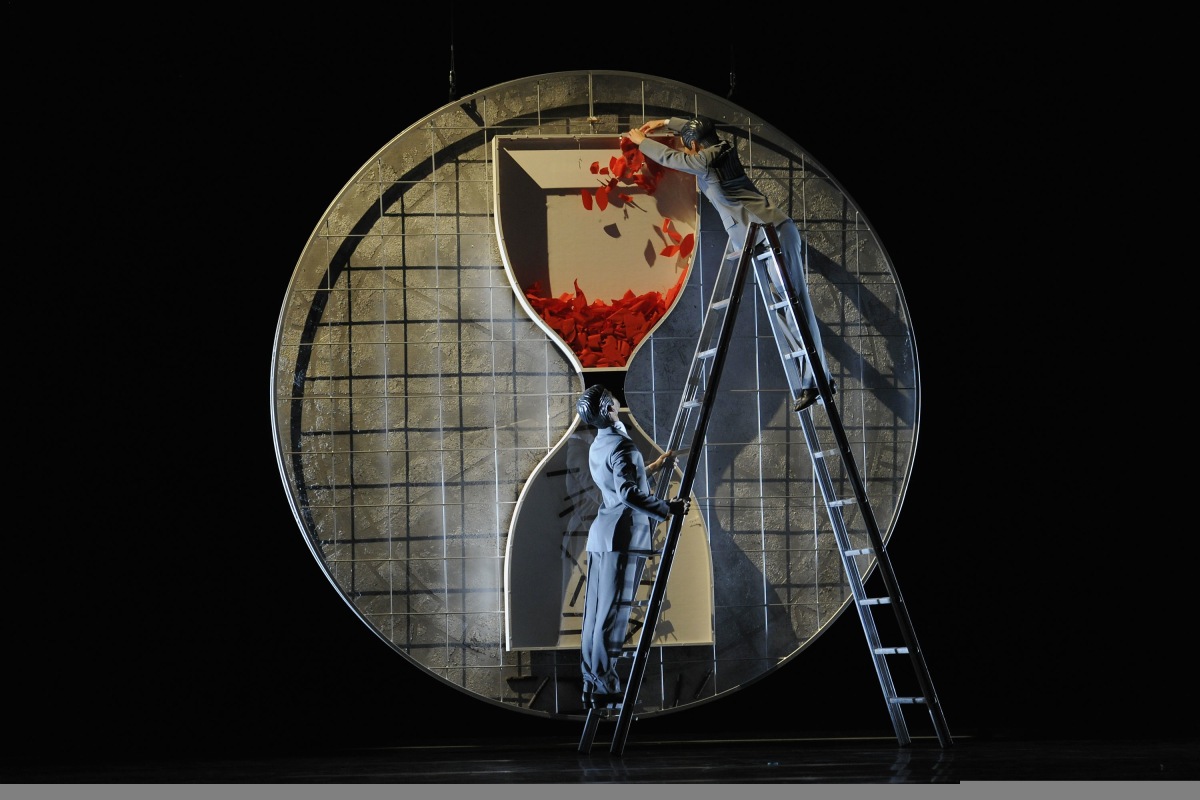 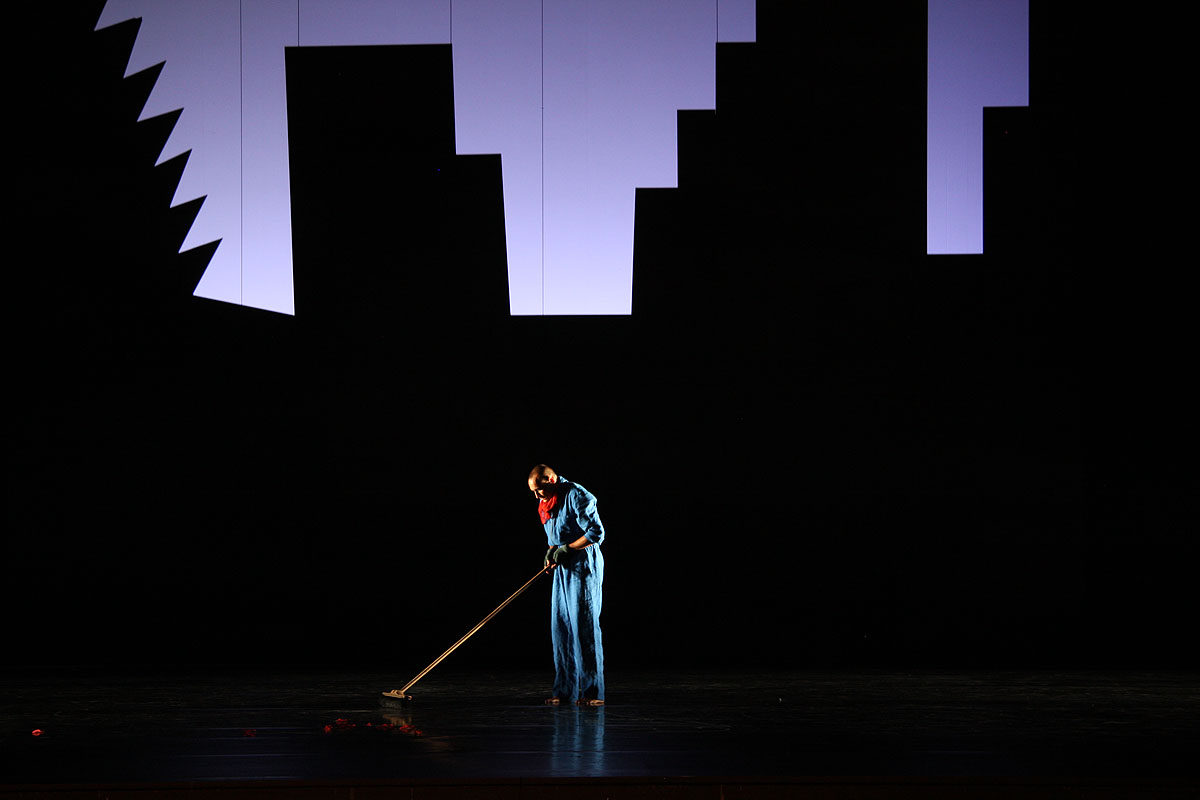 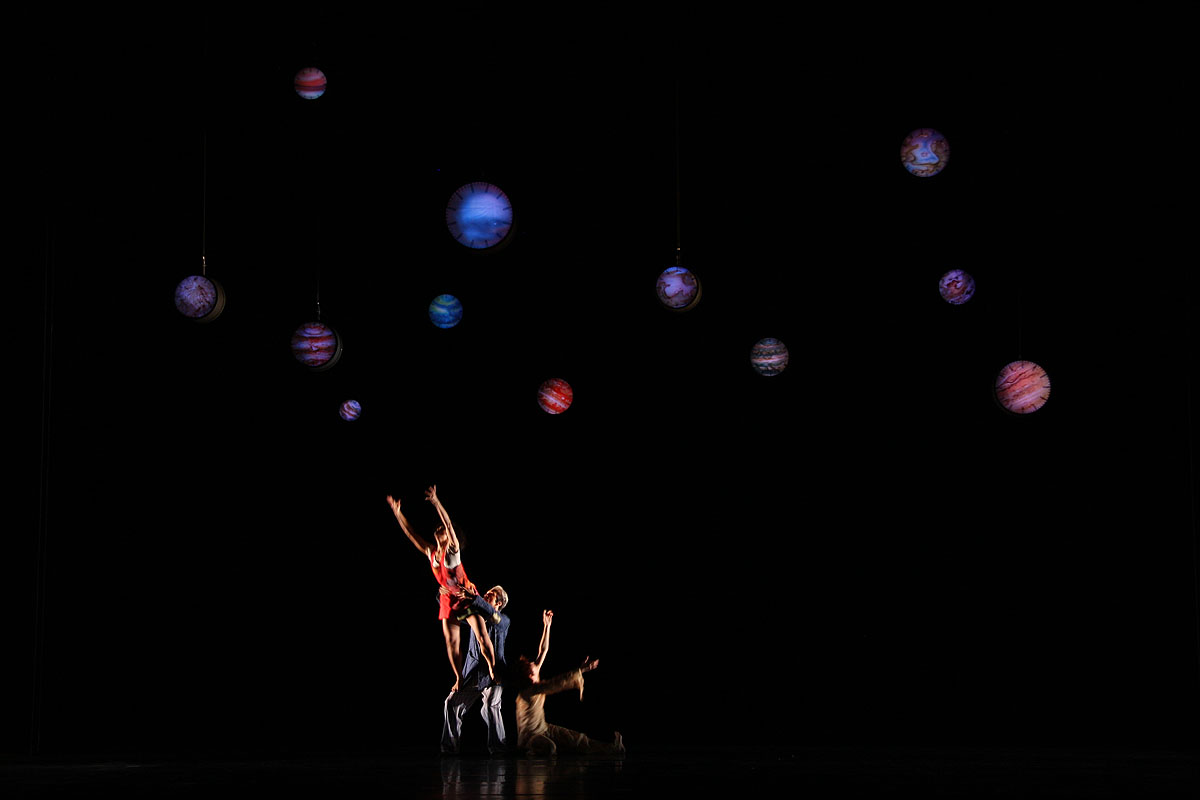 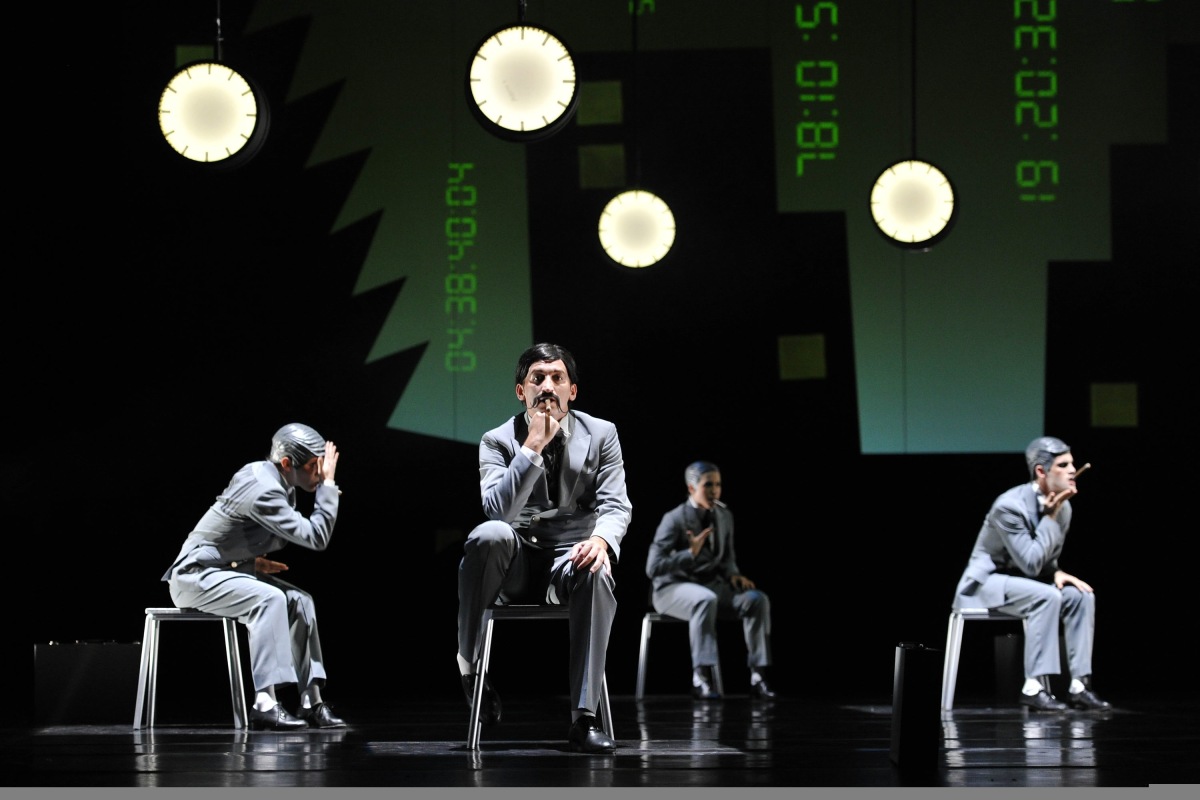 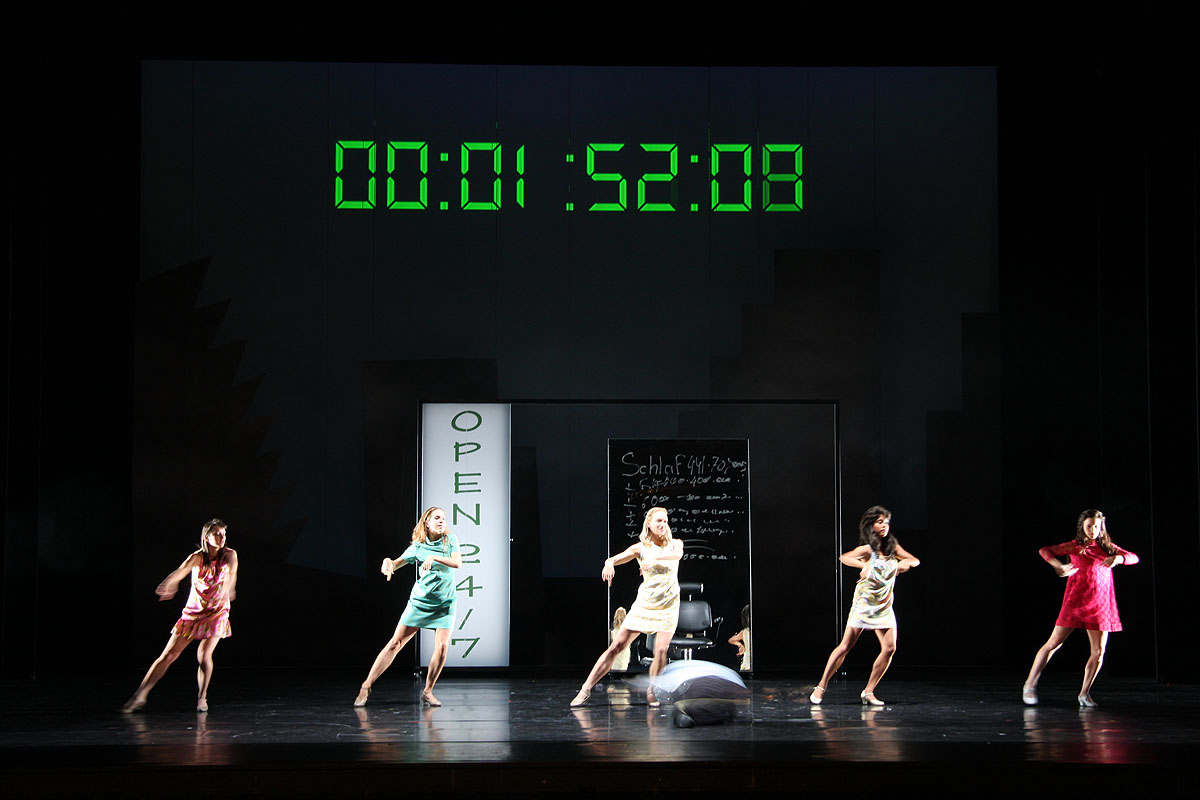 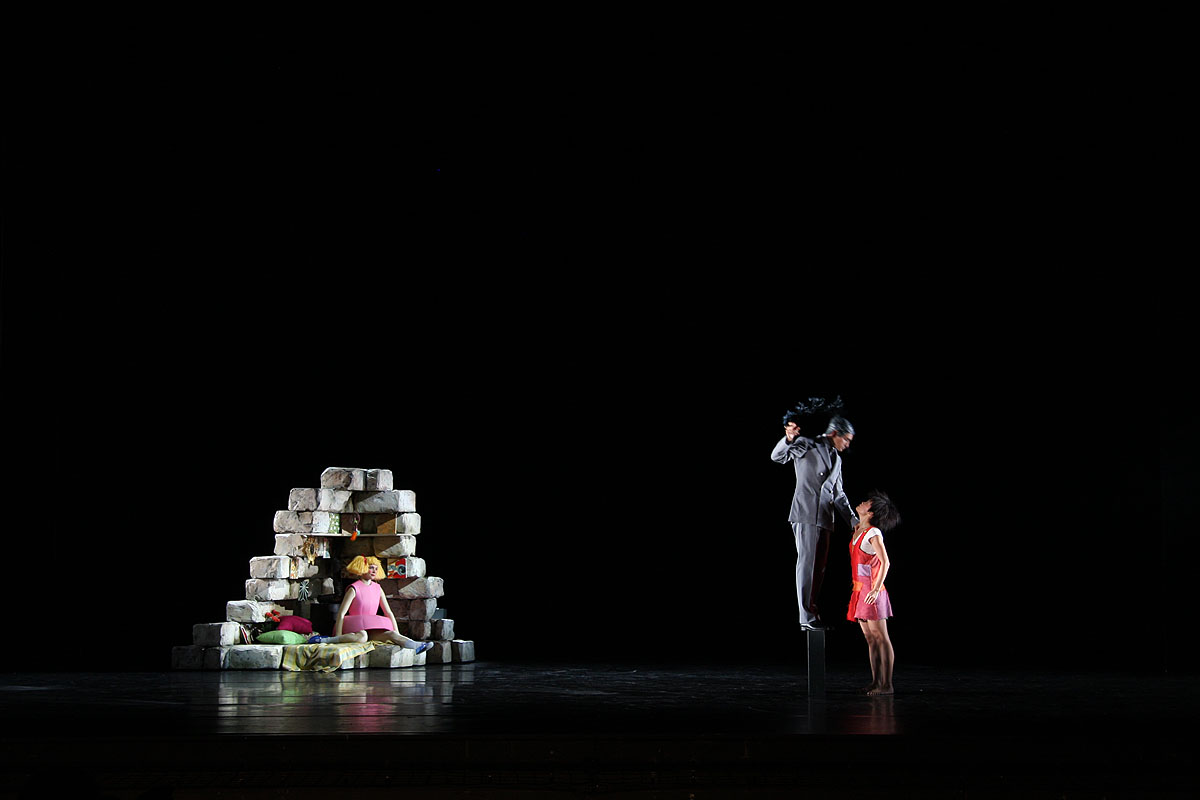 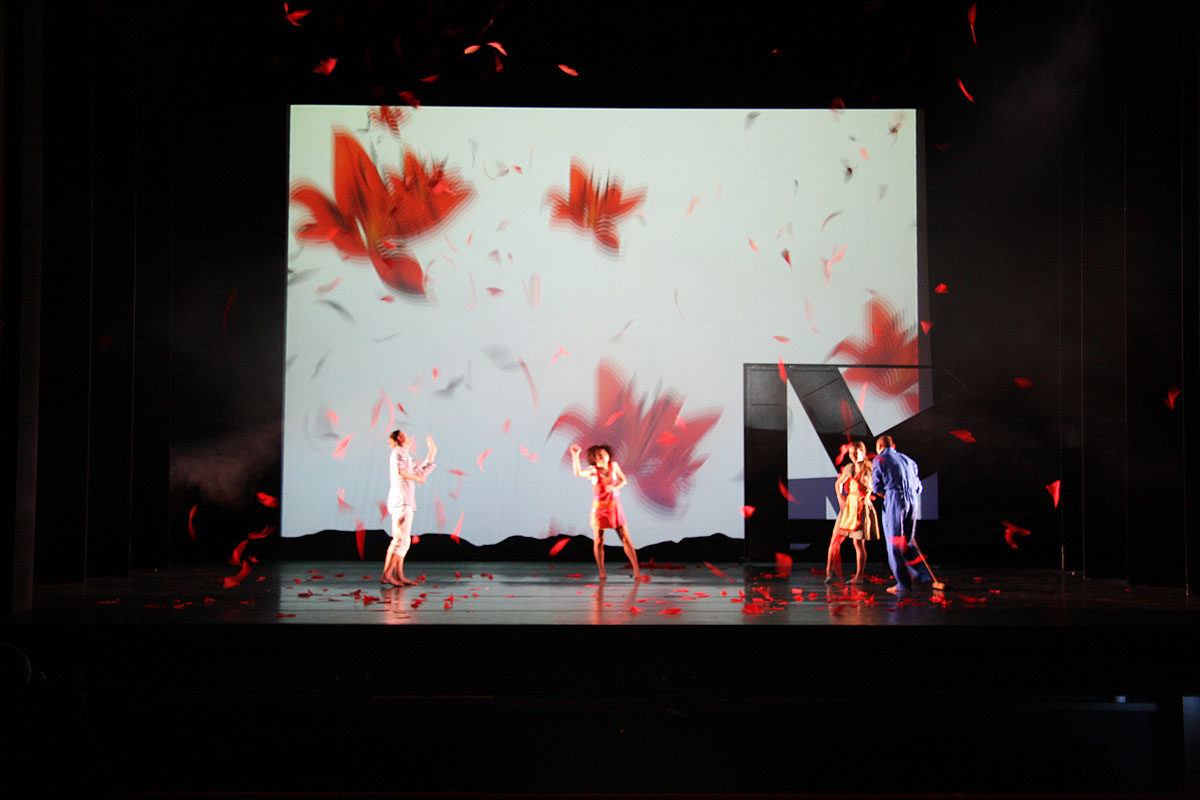 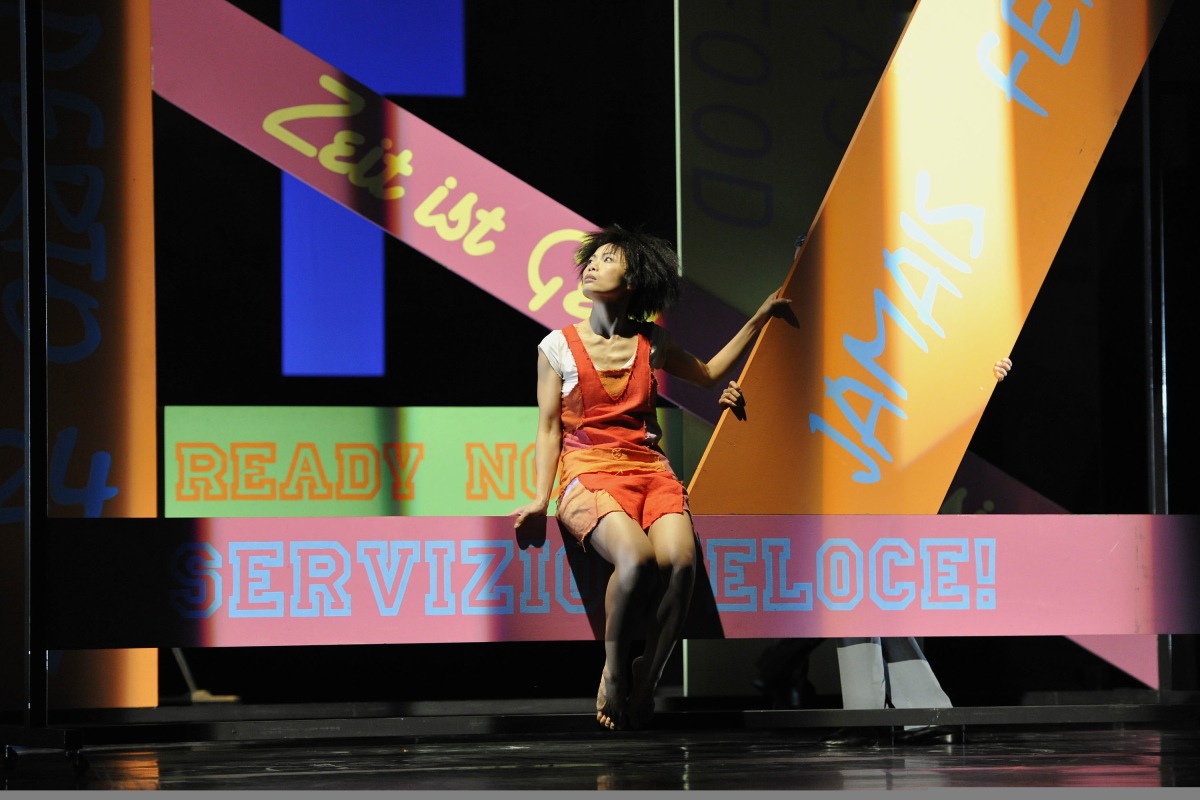 ‘Momo, a girl who lives in a ruined amphitheatre, gradually finds her world over-run by grey men who steal time from ordinary people and smoke it in their grey cigars, by making them work faster and faster so they turn grey themselves. She travels to the end of time, where she experiences the time-lily eternally blooming and dying and as her friends get corrupted she sees no option but to stop time and prevent the grey men from taking over completely.

The challenge and pleasure in designing Momo is to tell such a complex narrative through dance and retain enough open space for large expressive movements.

The colour-coding in the costumes and the contrast in the two ‘real’ locations, city and amphitheatre (which merge as the city takes over) forms the backbone to the design. The abstract world of the end of time is created with a huge video projection of a timelapse lily and video projection of a digital clock speeding up, demonstrating the grey men’s grasp tightening as the piece progresses.

“The stage design of Becs Andrews (also costumes and lighting) convinces….A sense of unrest grips the city. Looming above are glistening cogwheels, and streams of digital numbers piercing the black sky like skyscrapers. The grey men, like smoke stacks, sit on bulky stools, rowing into the void.”