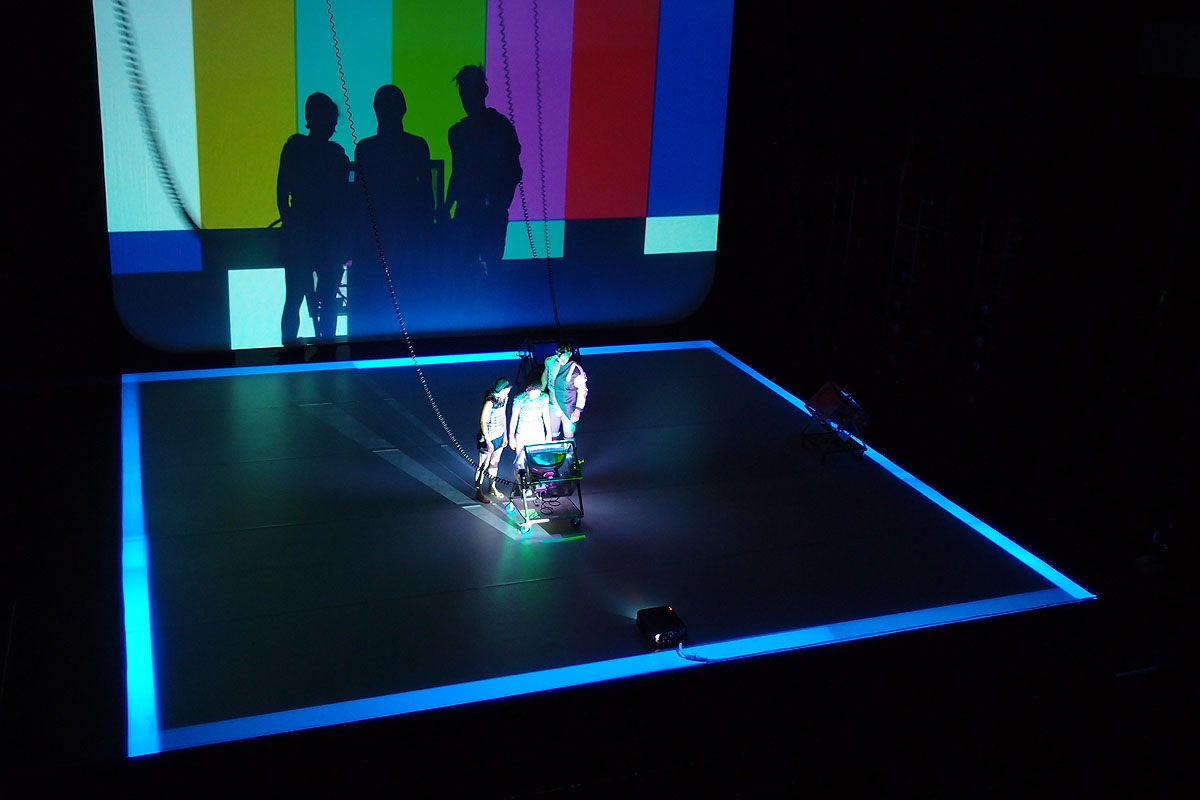 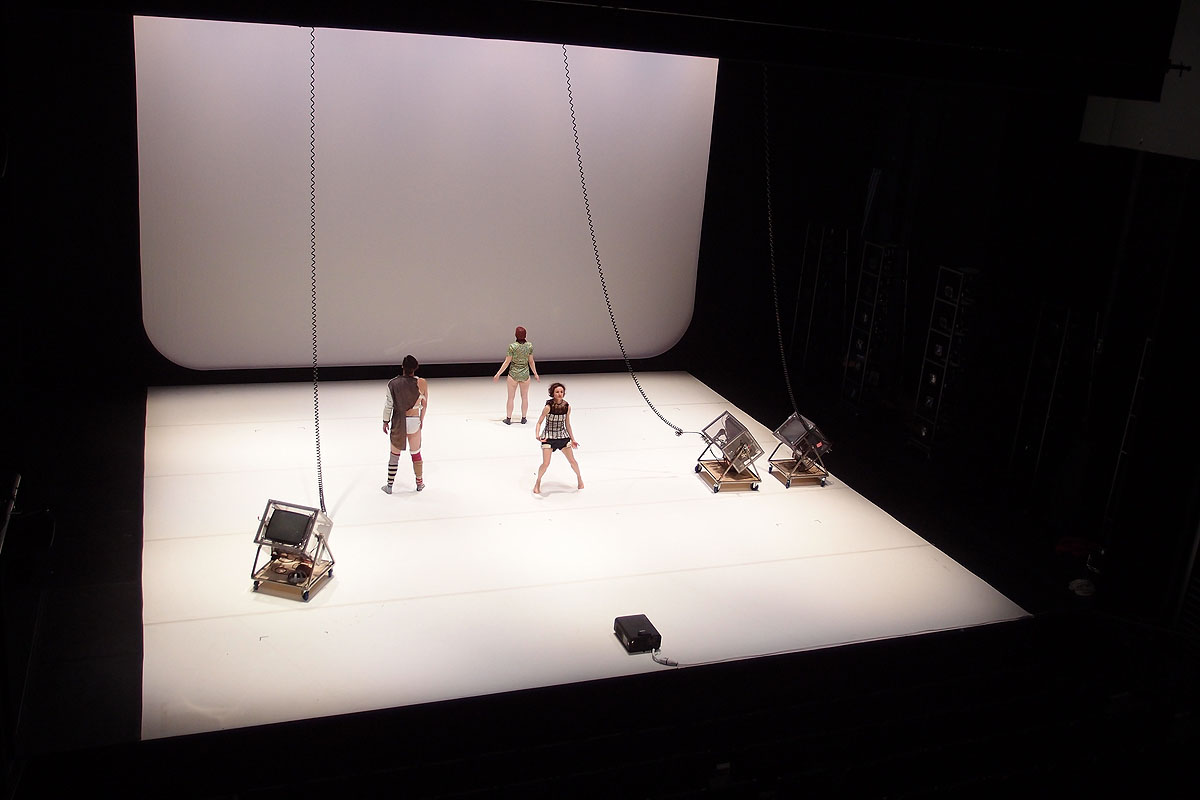 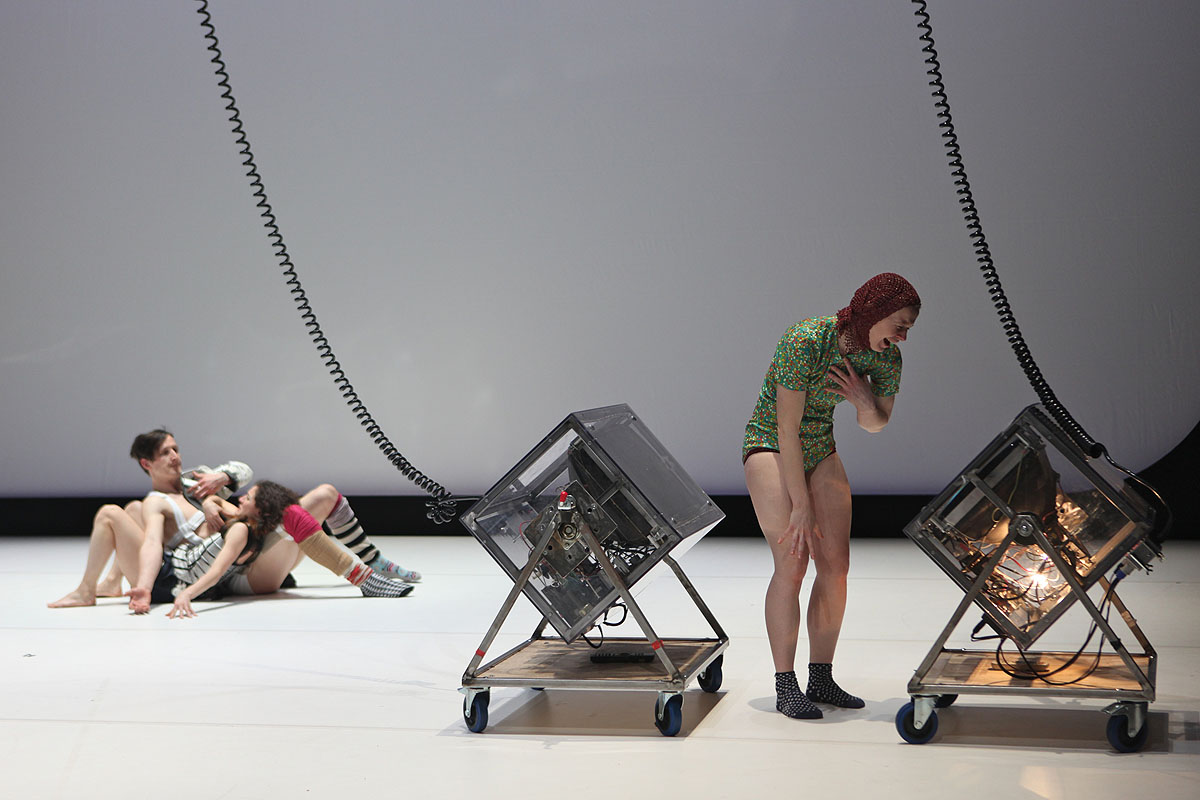 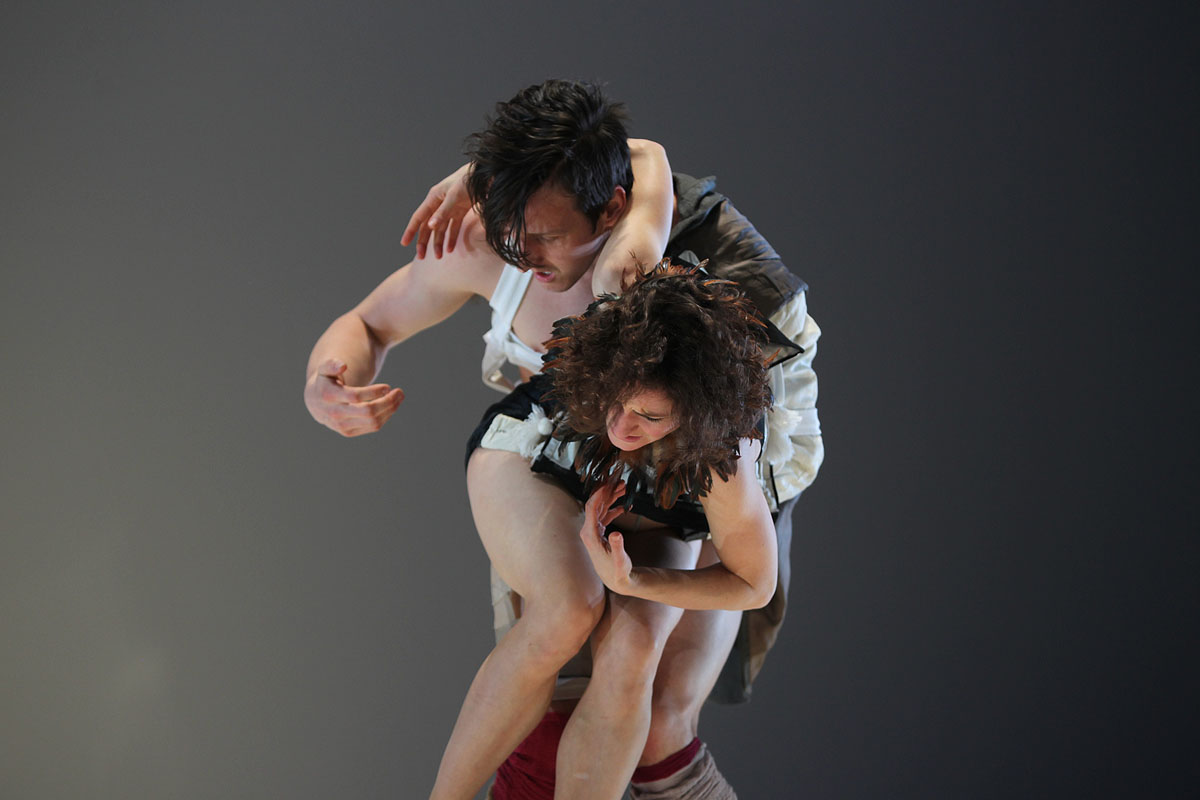 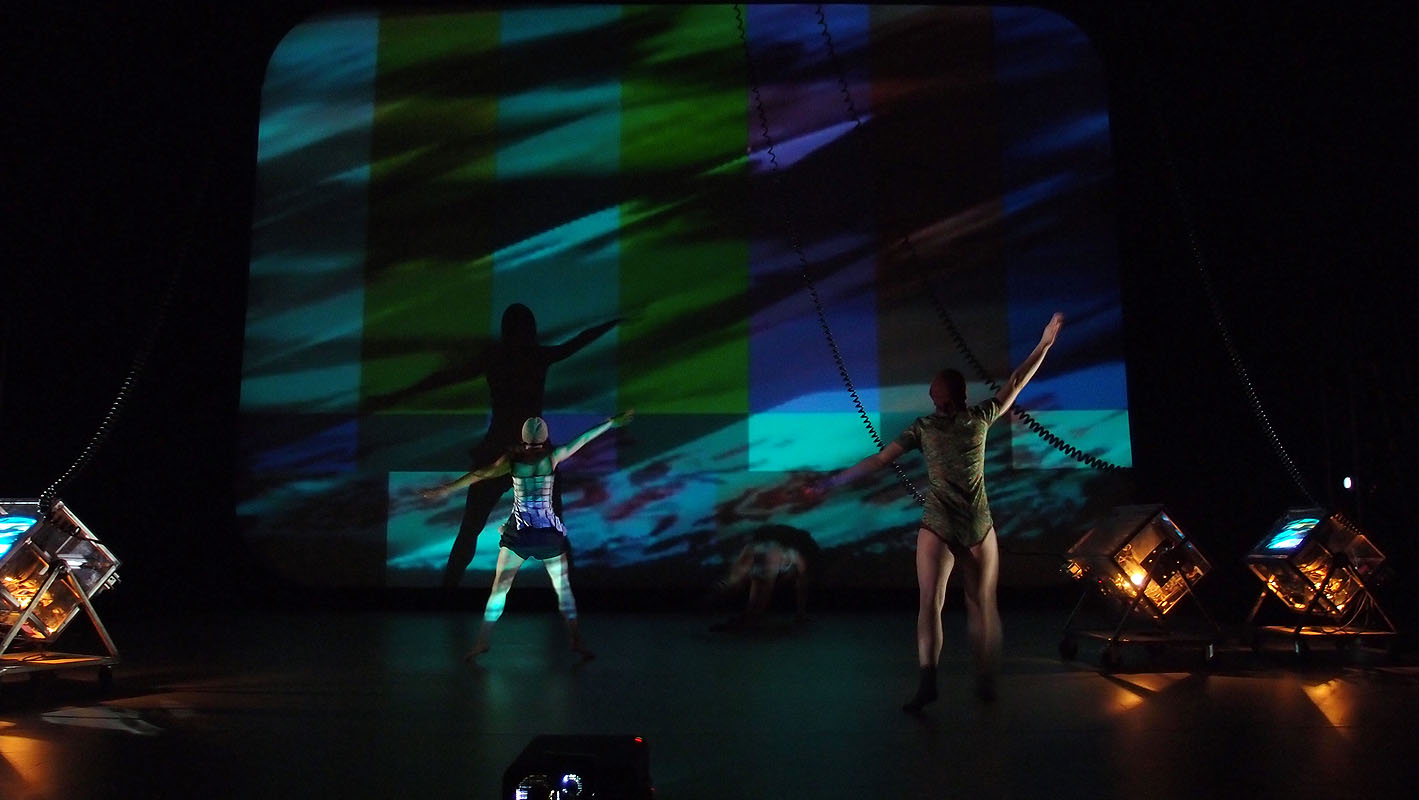 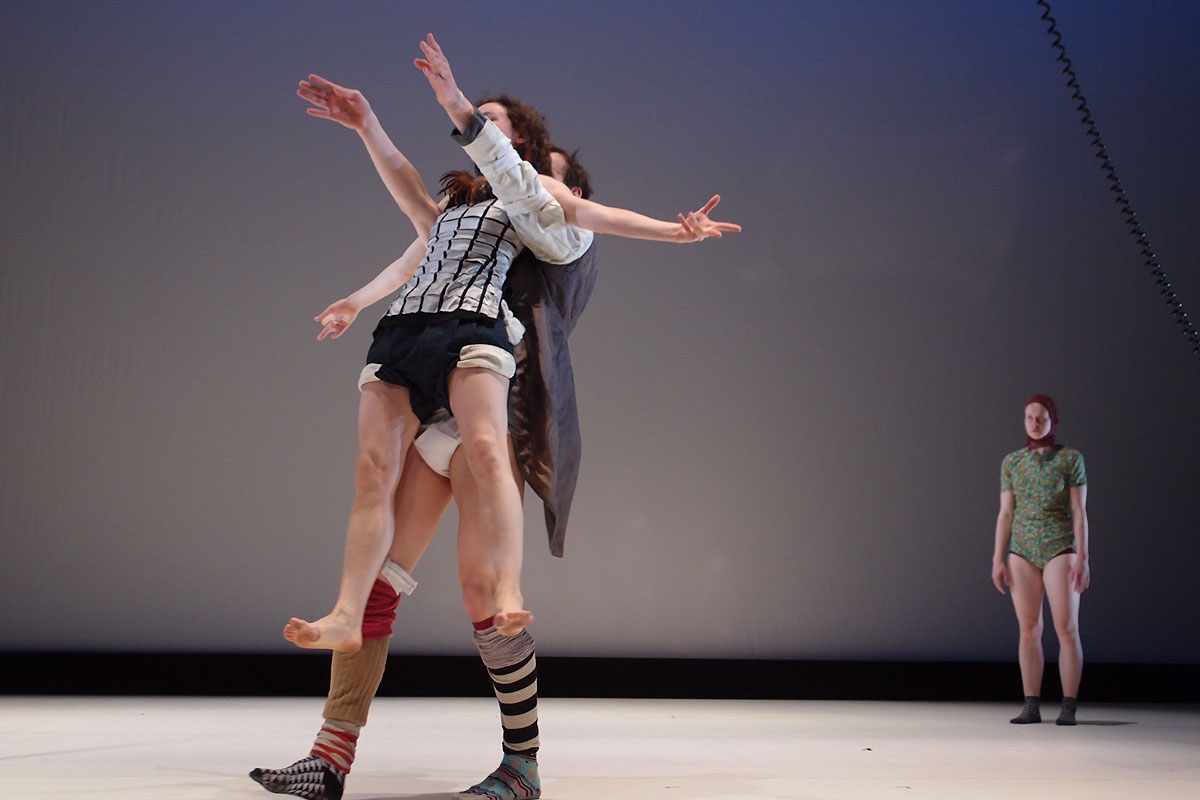 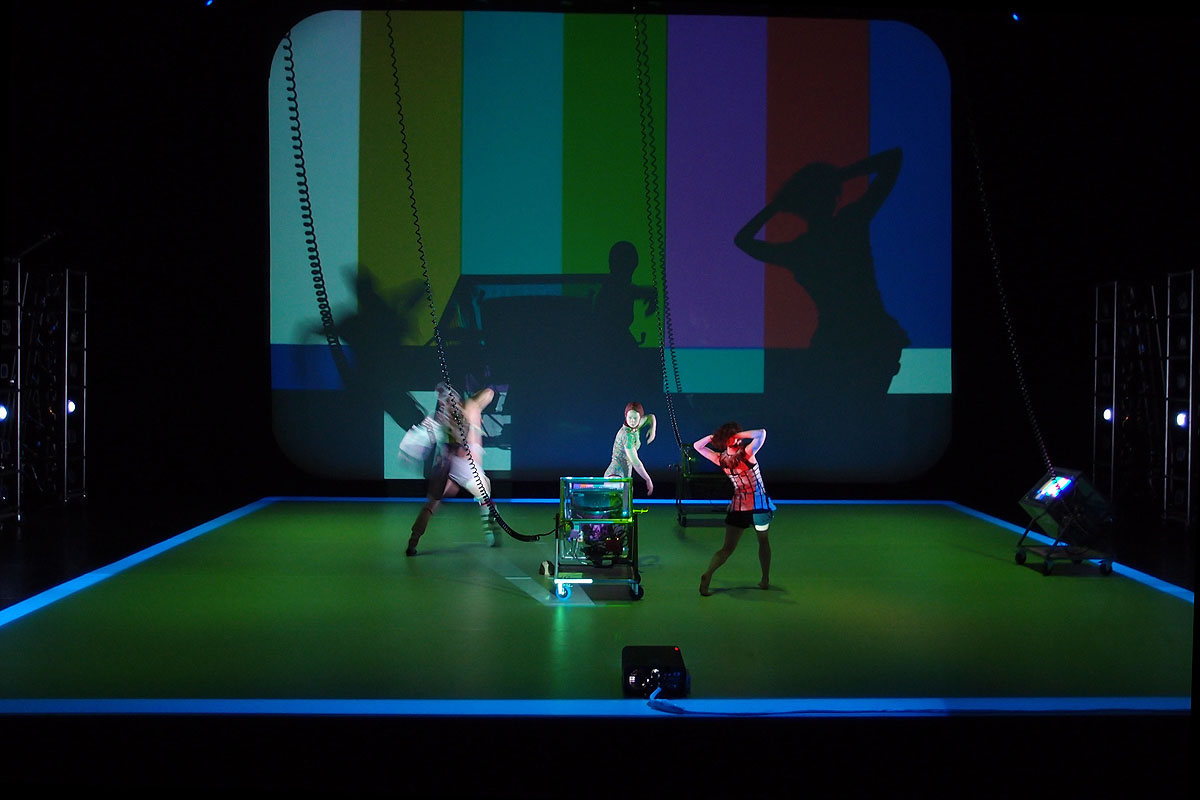 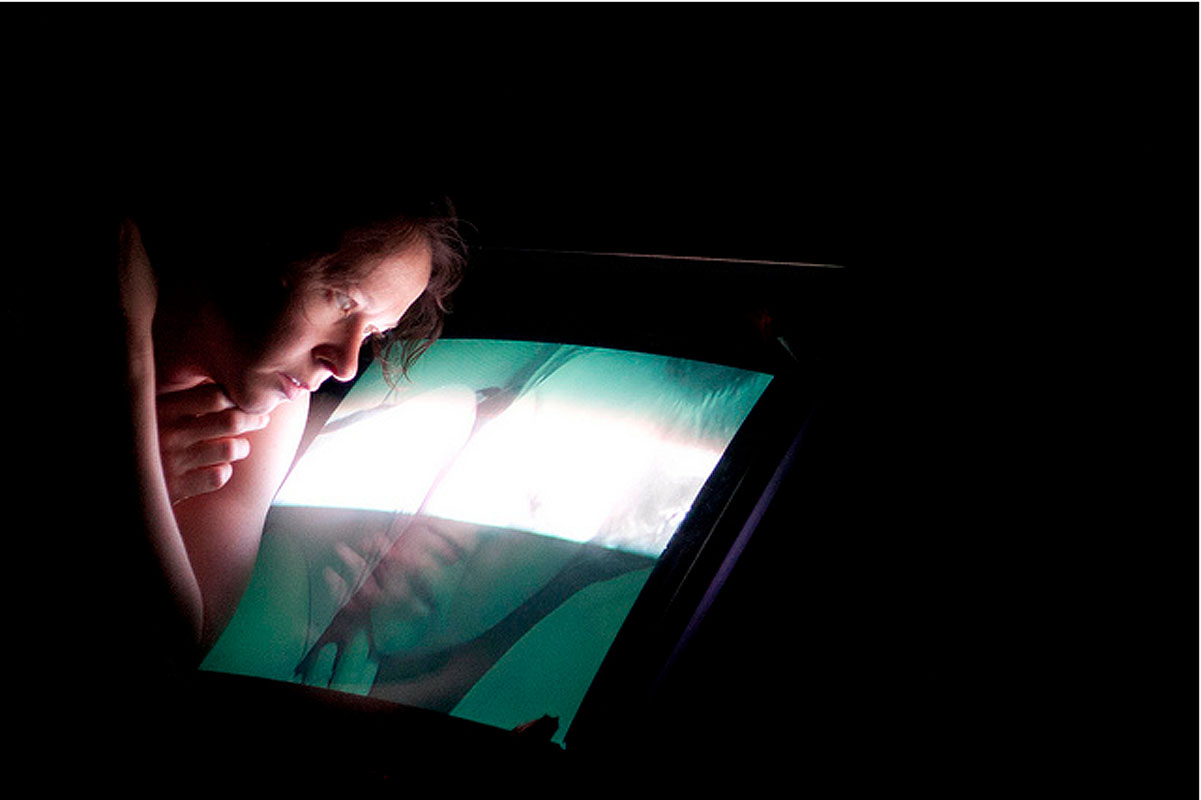 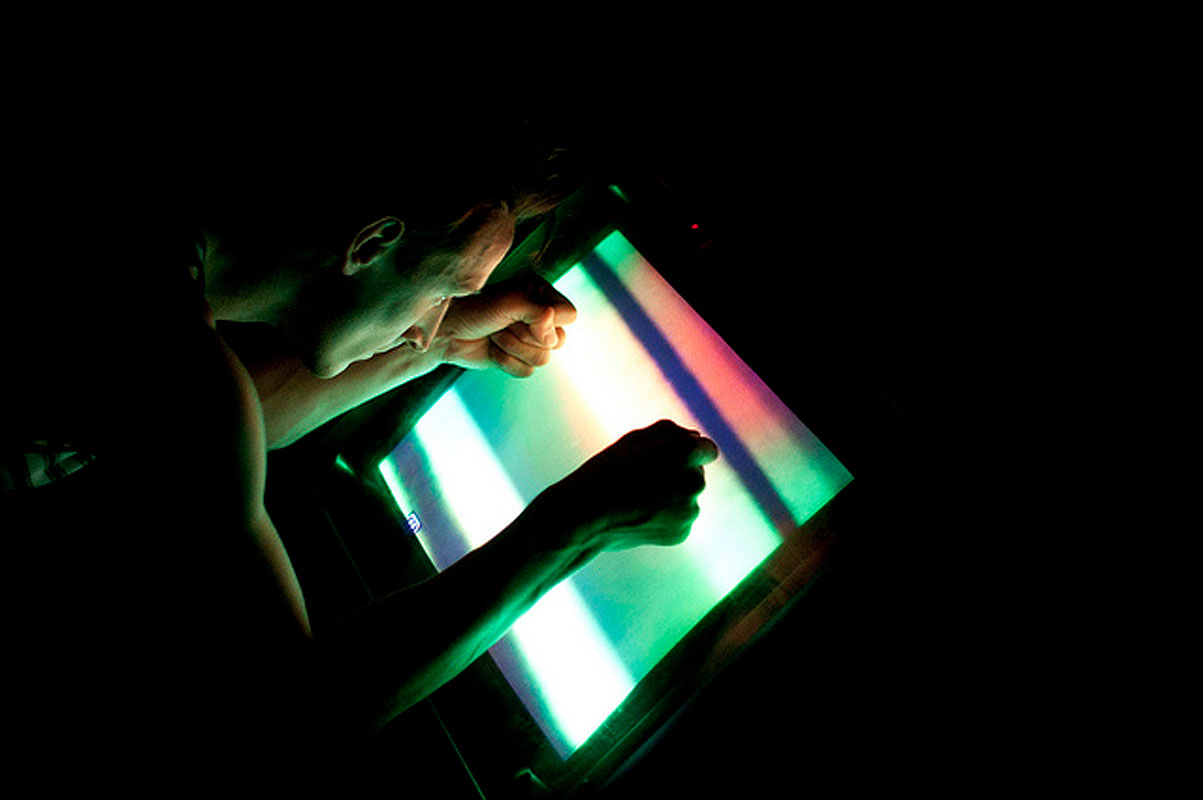 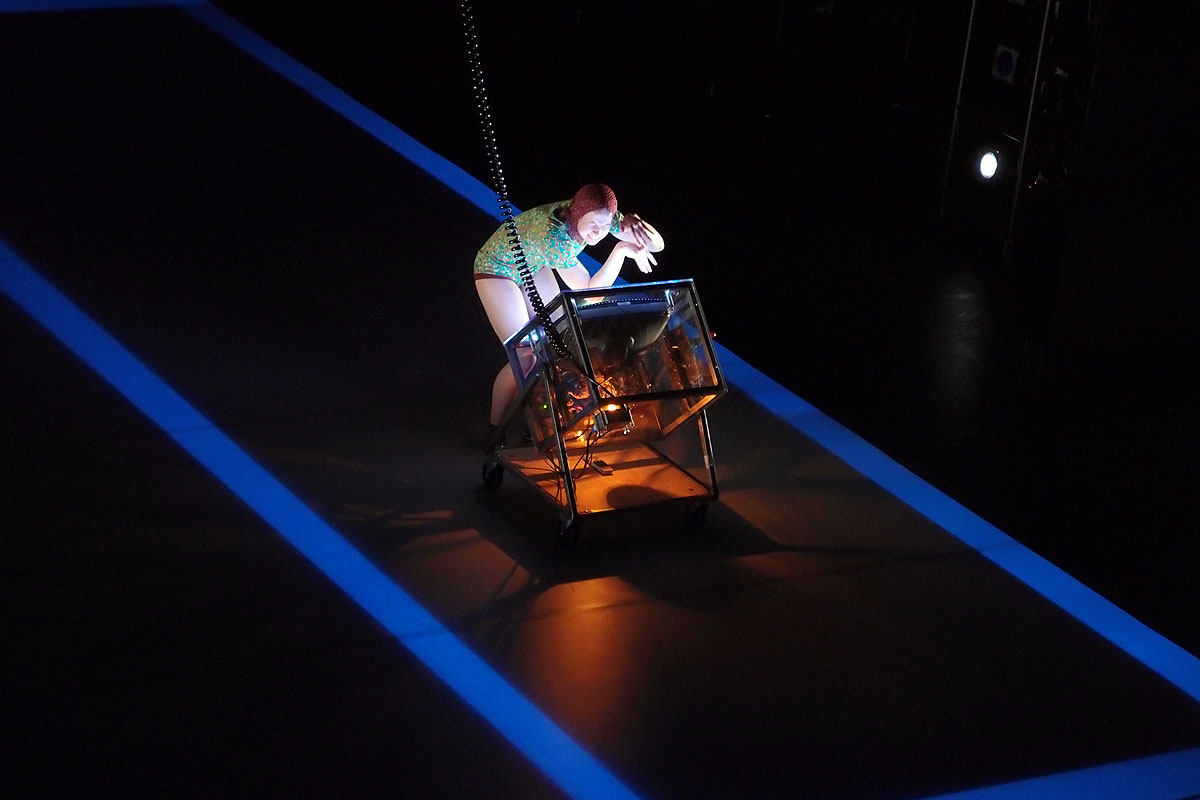 A dystopian world where three humans learn all their emotions from televisions. When the power outage comes all they have to communicate with is these oddly acquired emotions.

The design consisted of three analogue televisions stripped of their casings and re-boxed in rotating clear acrylic and steel compartments, all wires and cathode ray tubes exposed. The costumes took their inspiration from Bladerunner and Grey Gardens – their film worlds totally dictating the characters. The video design was snatched moments from films, news and three specially created films in the guise of public health films about the physiological aspects of anger, laughter and sadness. The stage was a giant television set – the projector a cathode ray tube, the audience and the performers trapped inside, looking out.