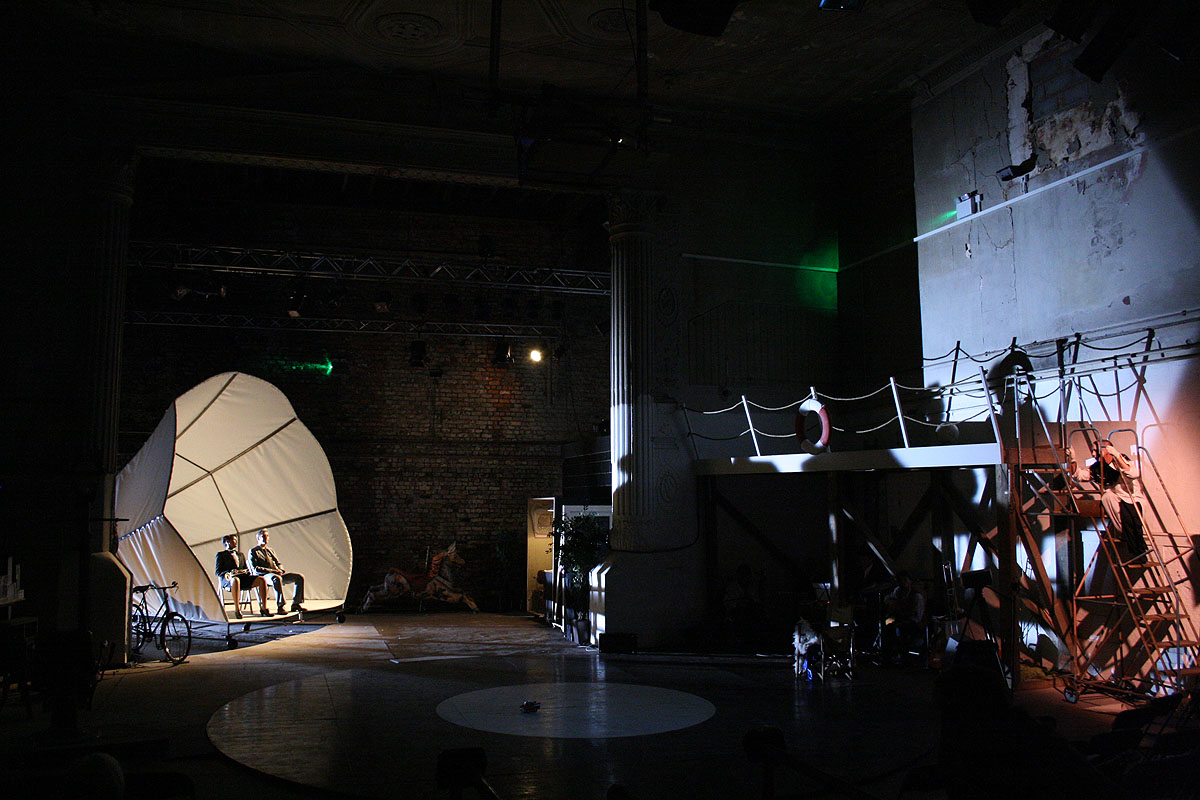 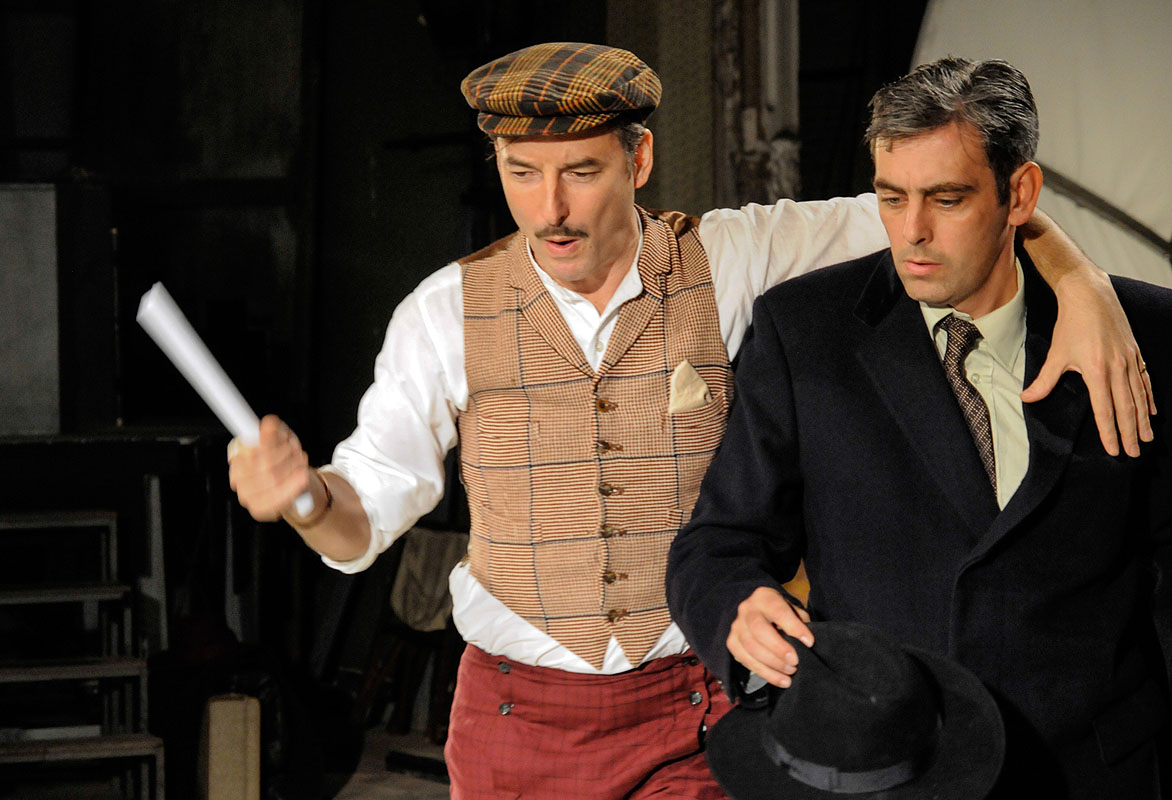 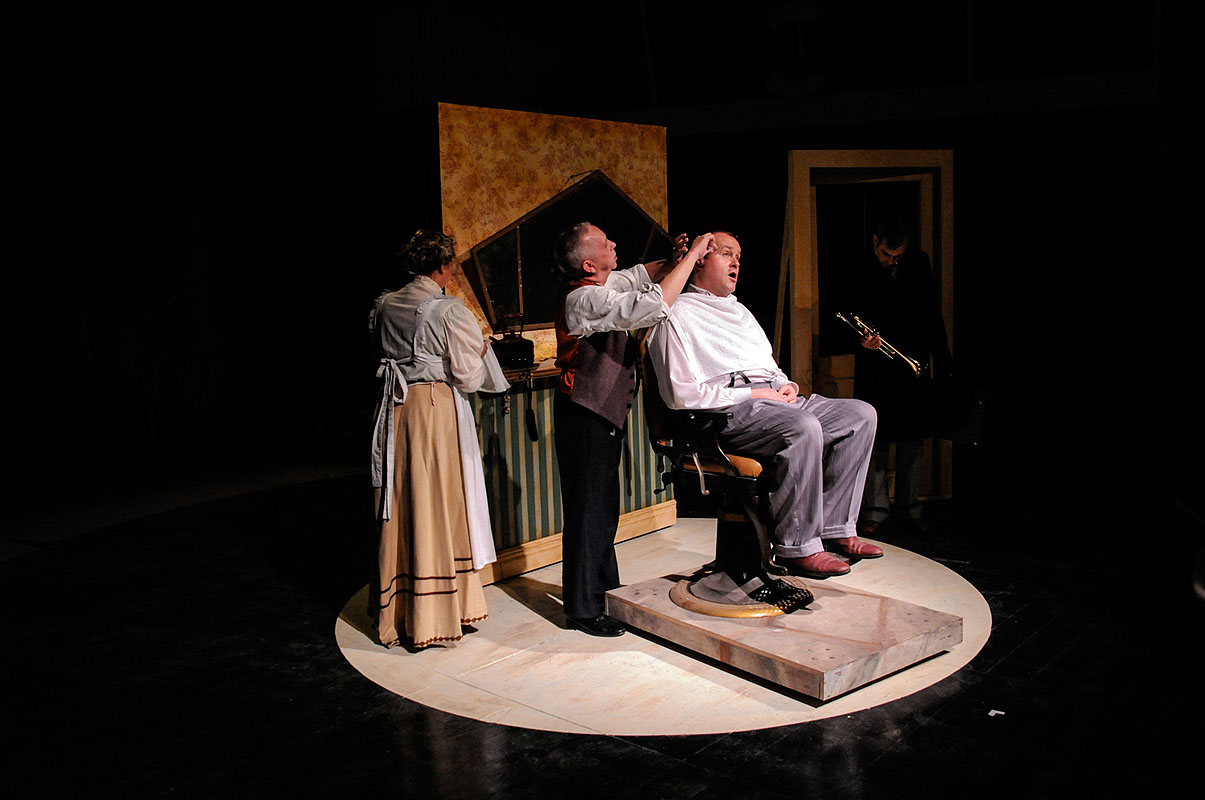 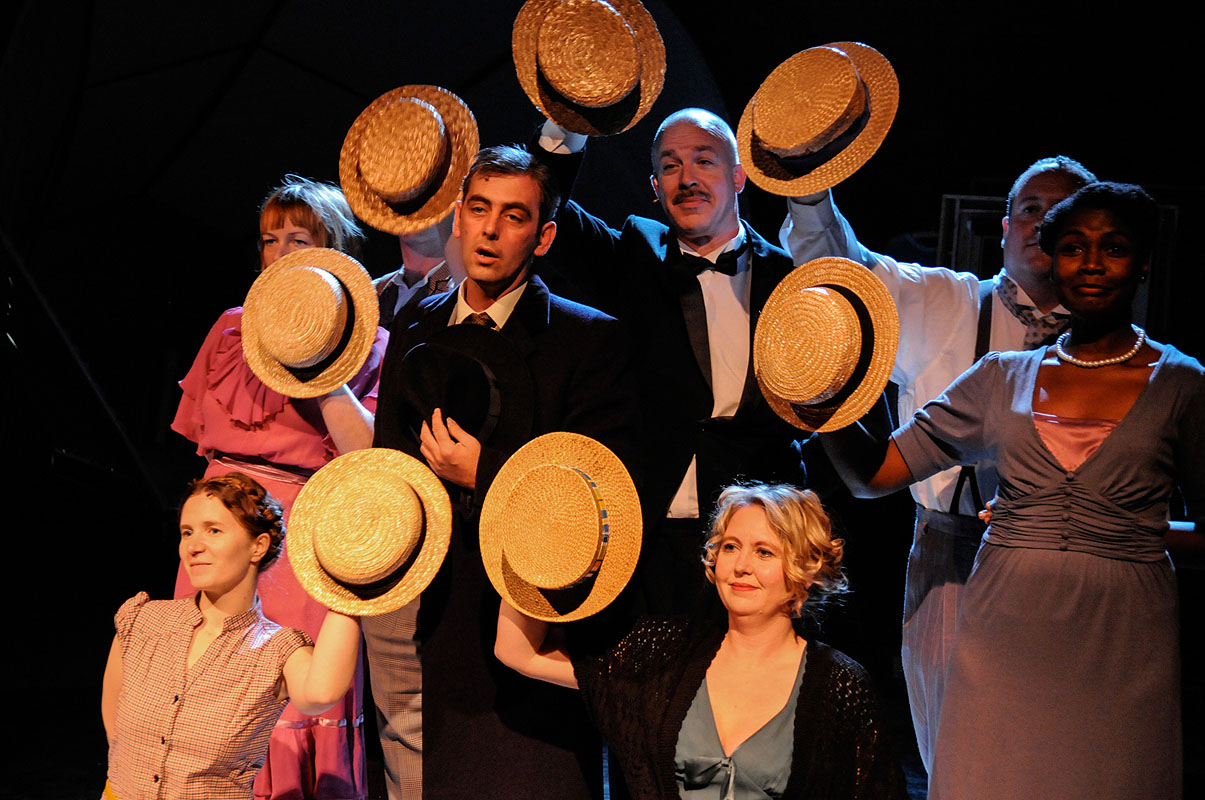 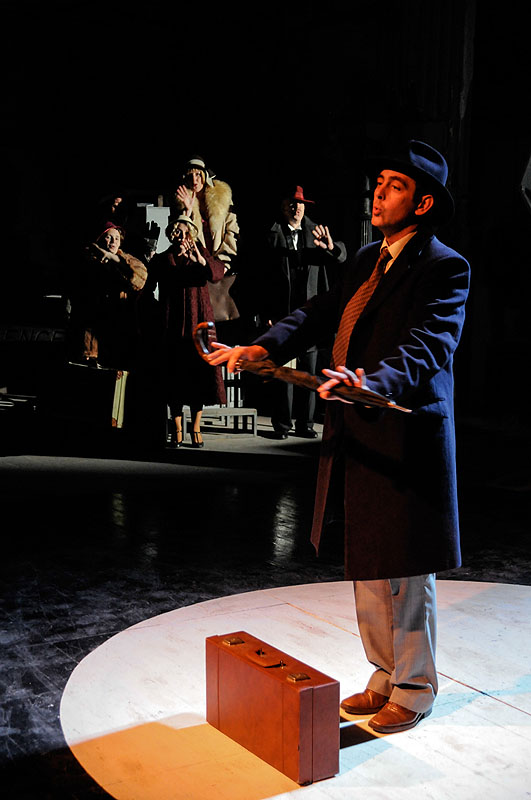 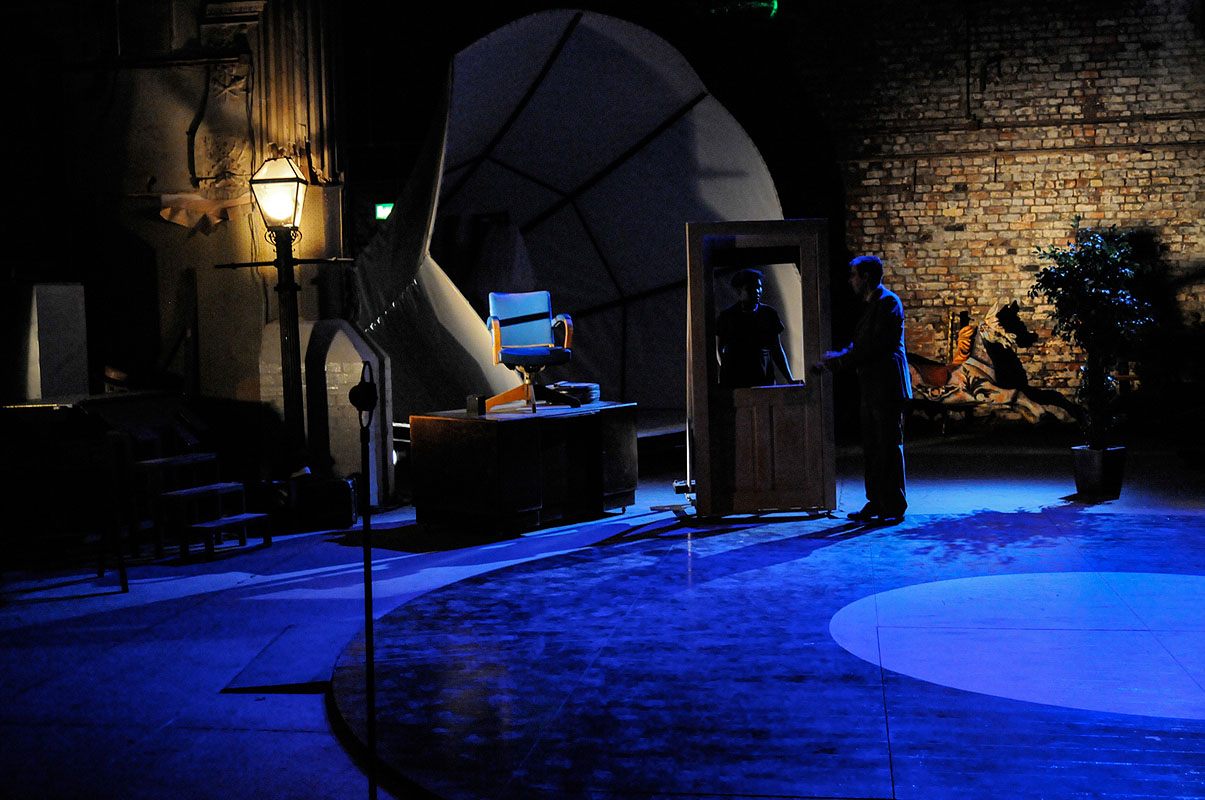 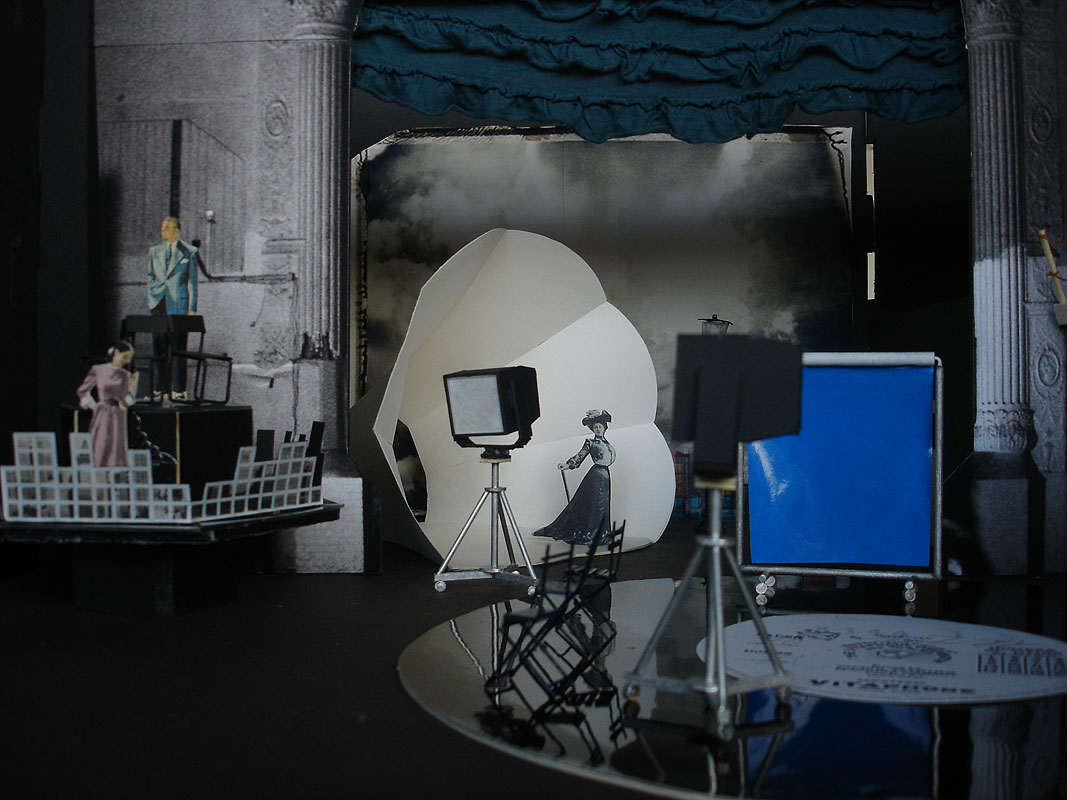 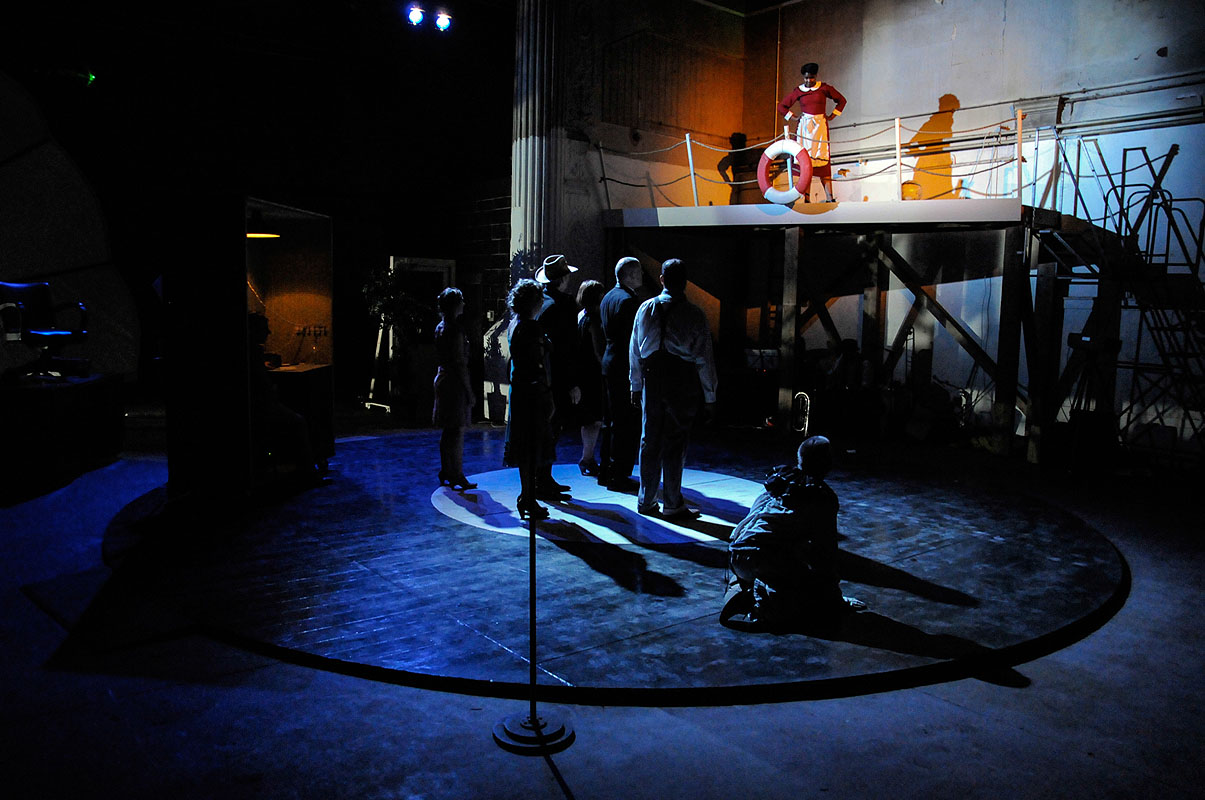 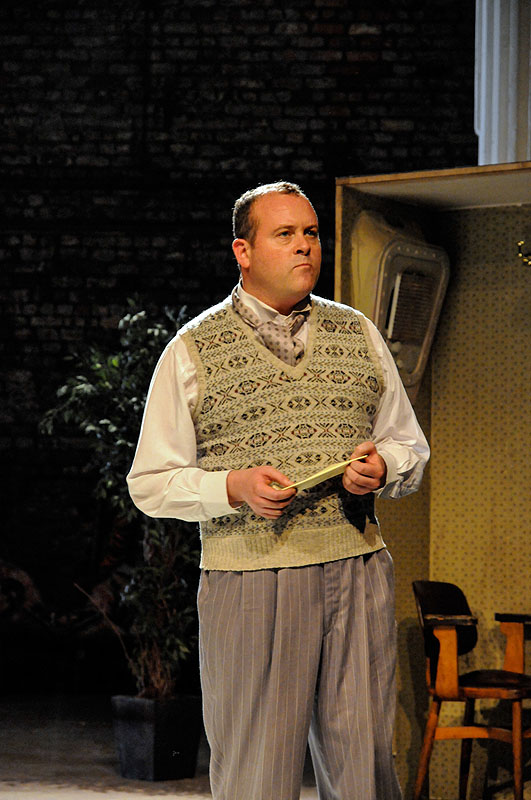 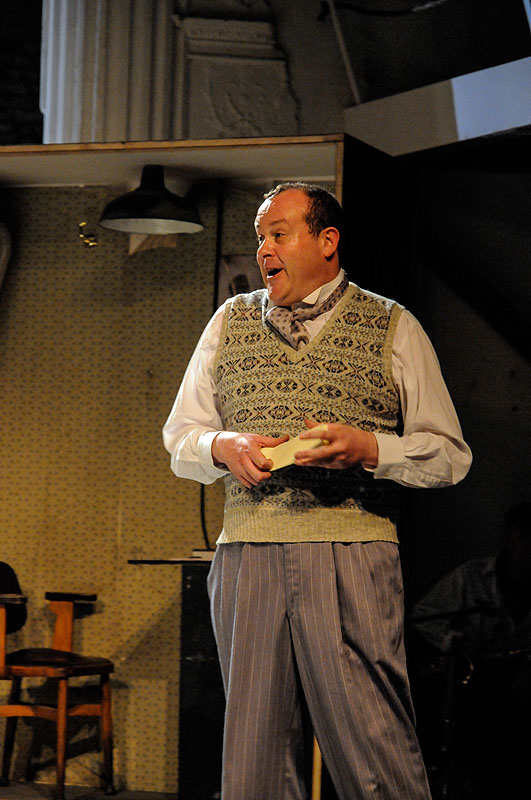 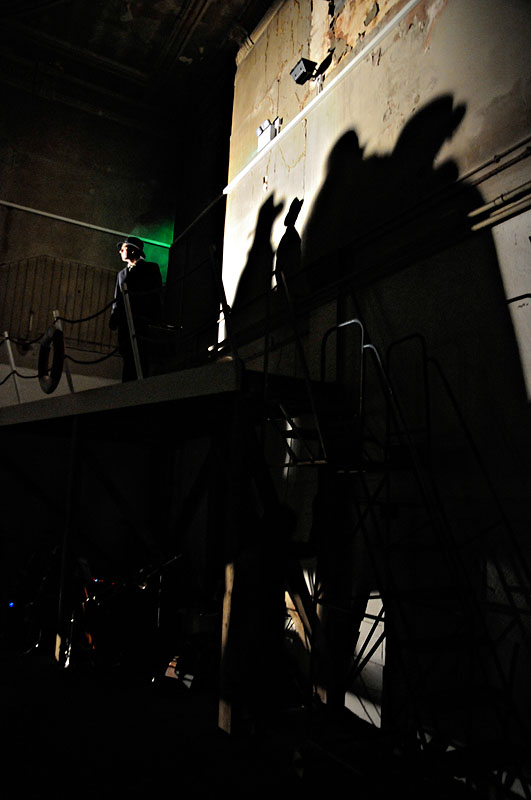 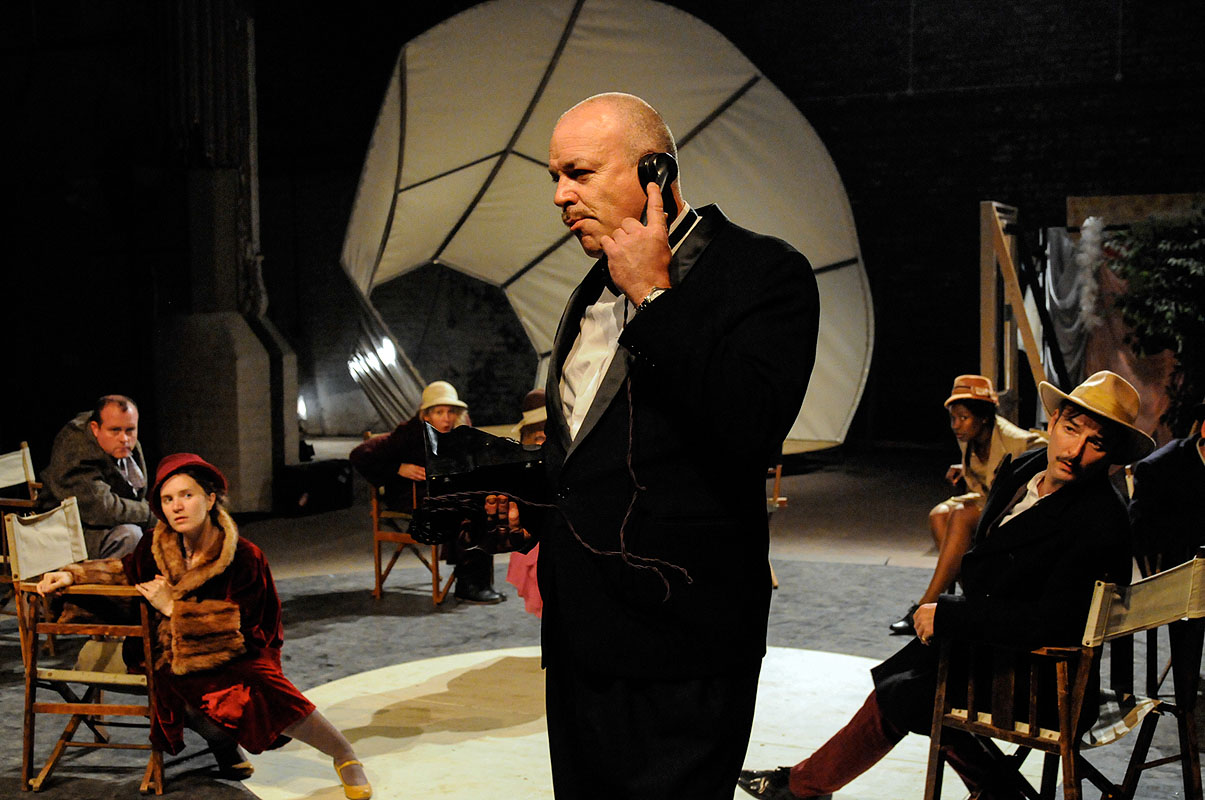 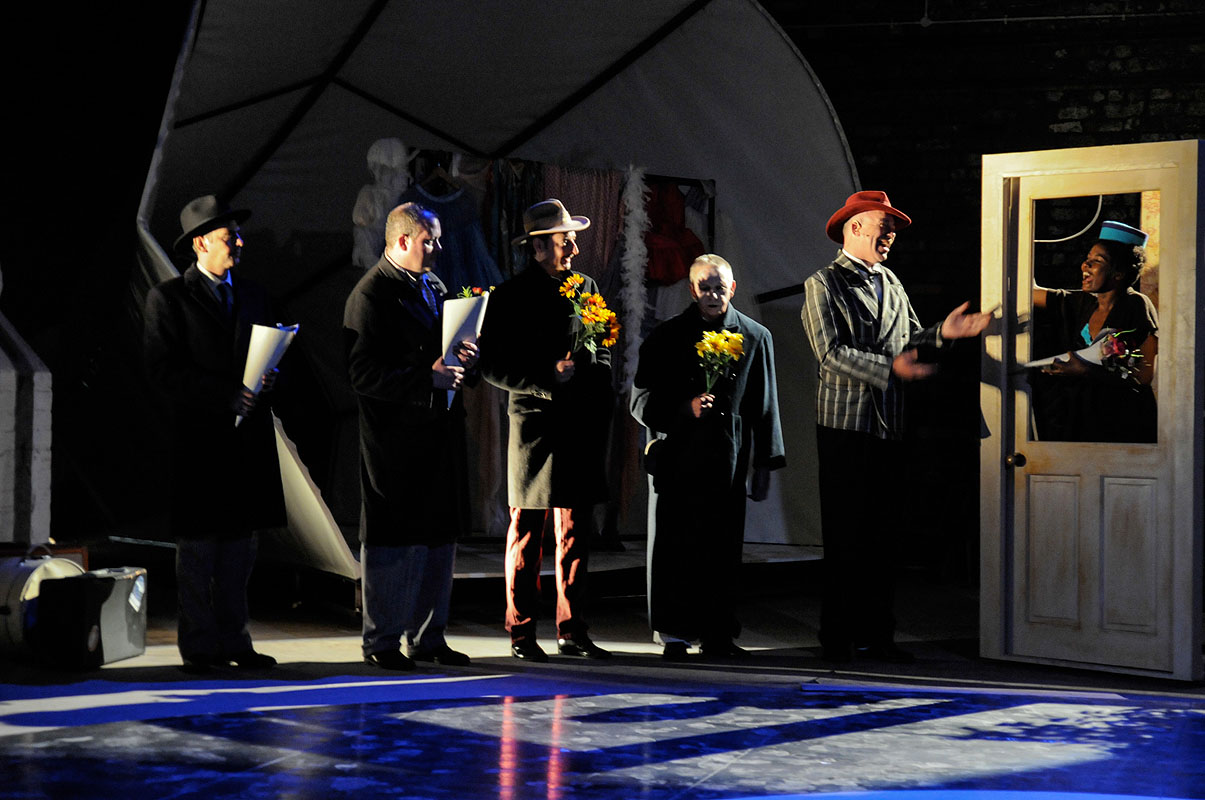 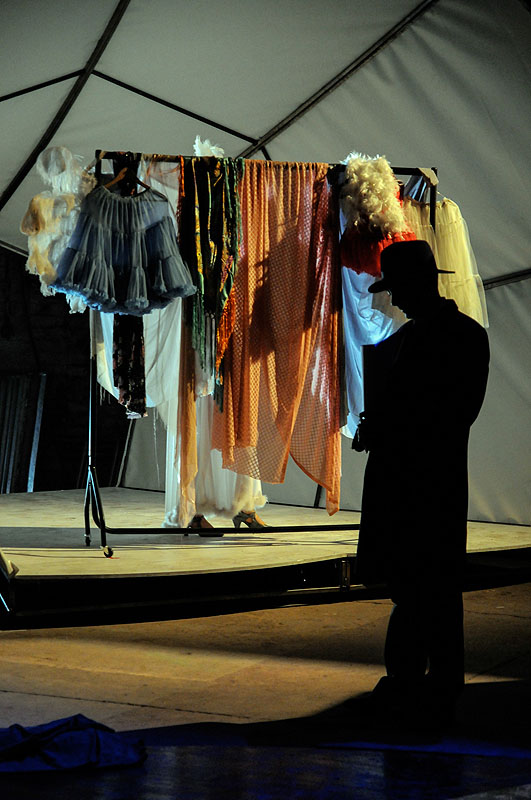 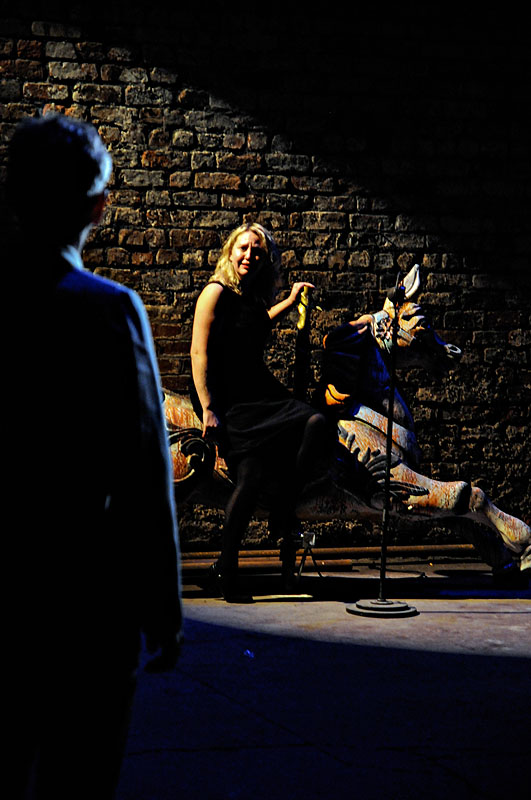 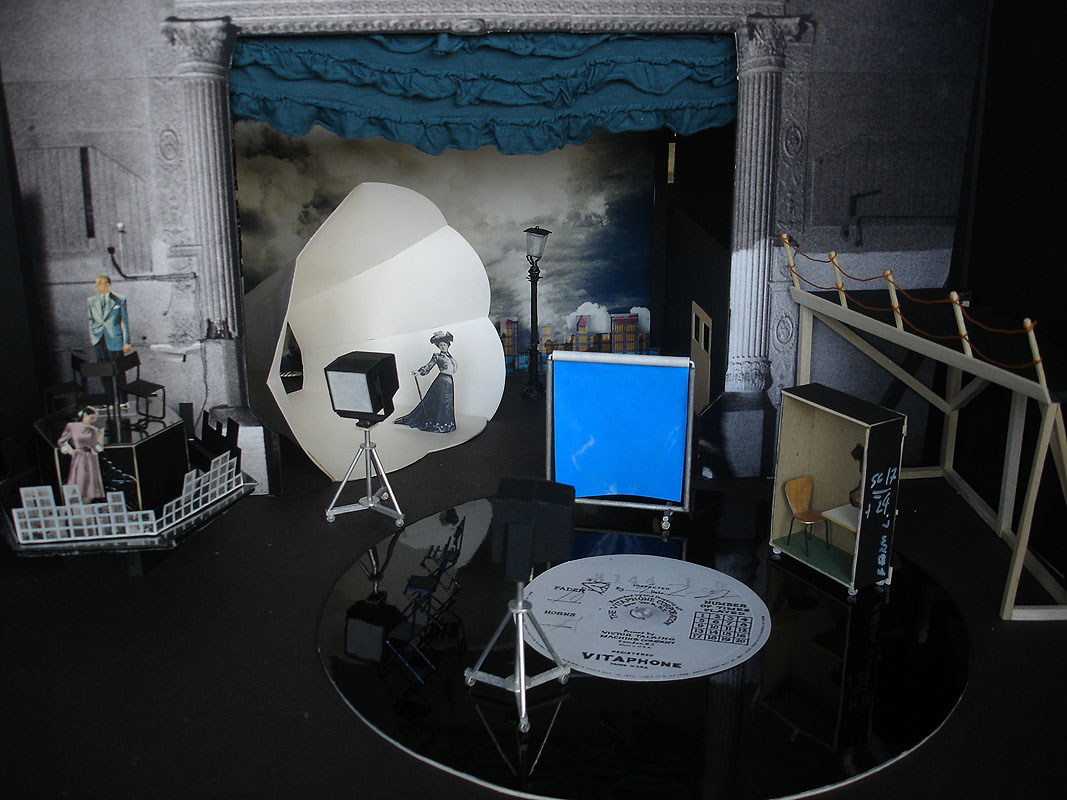 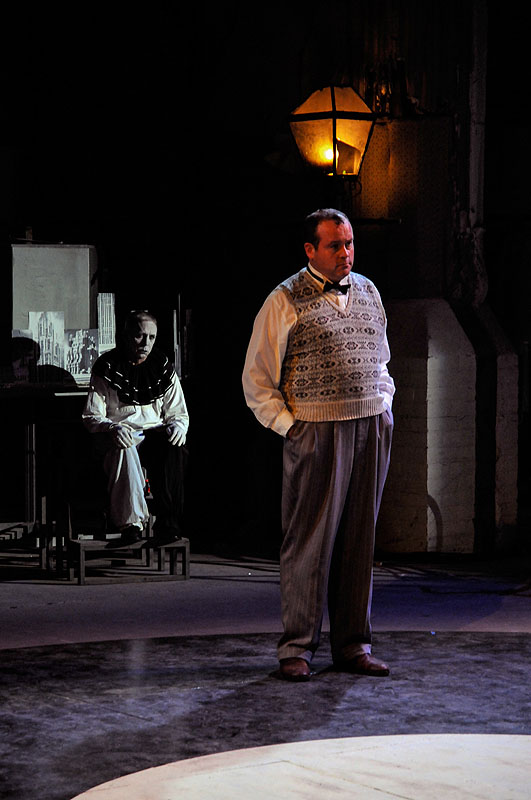 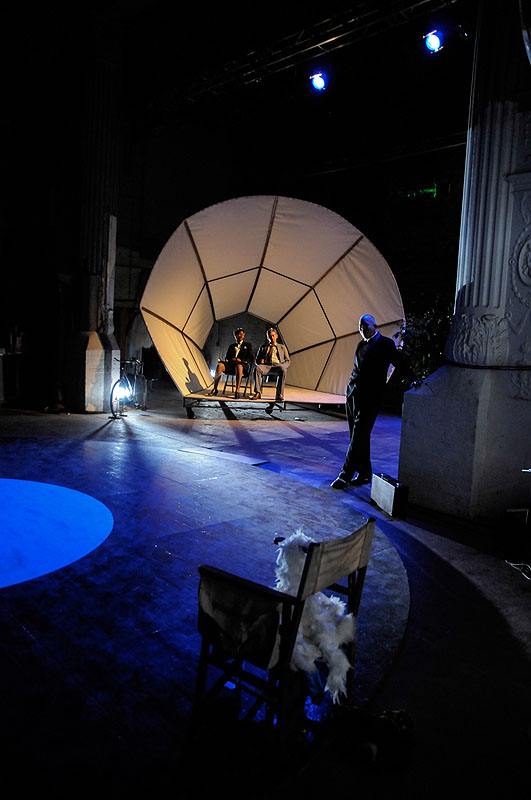 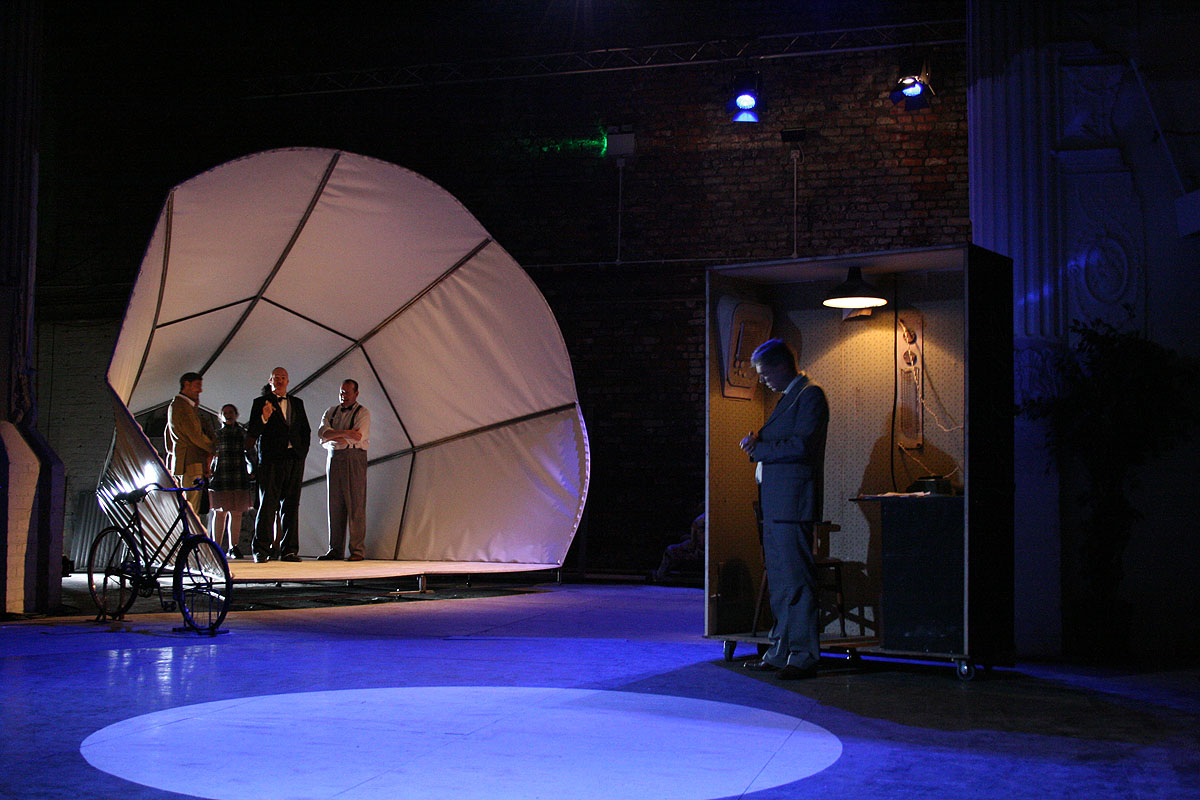 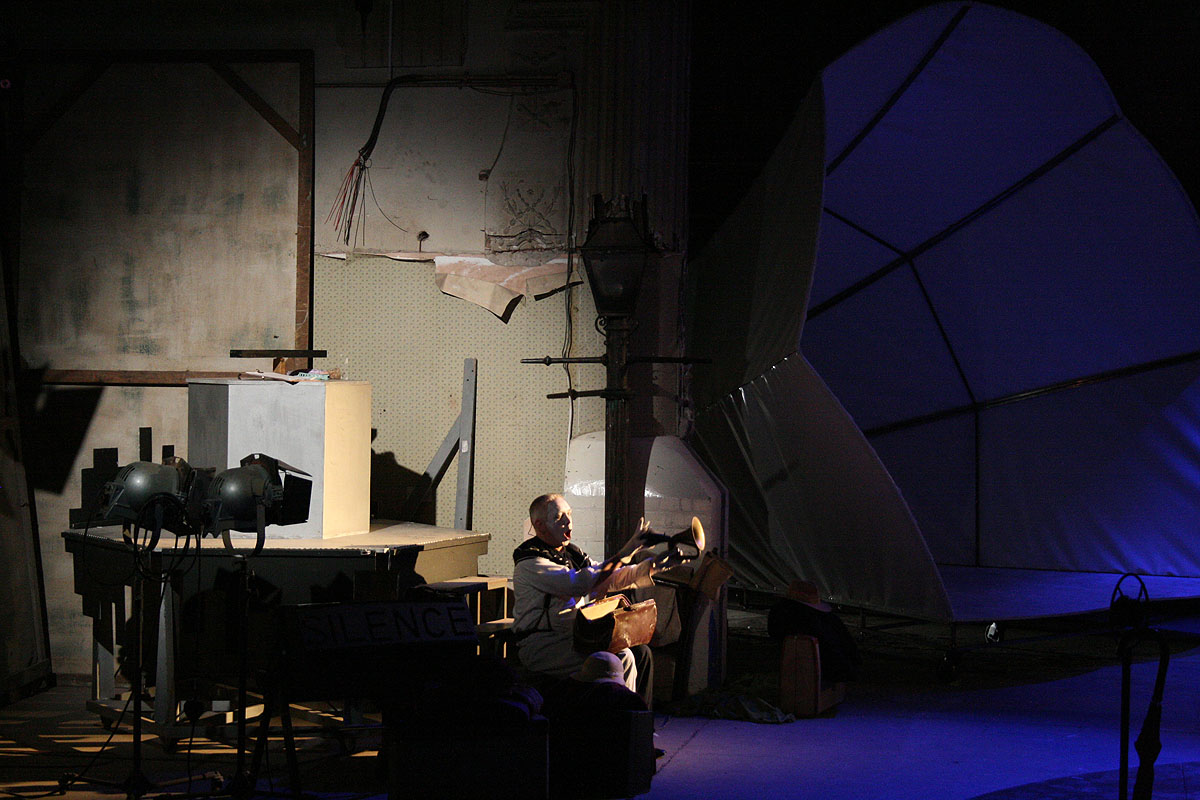 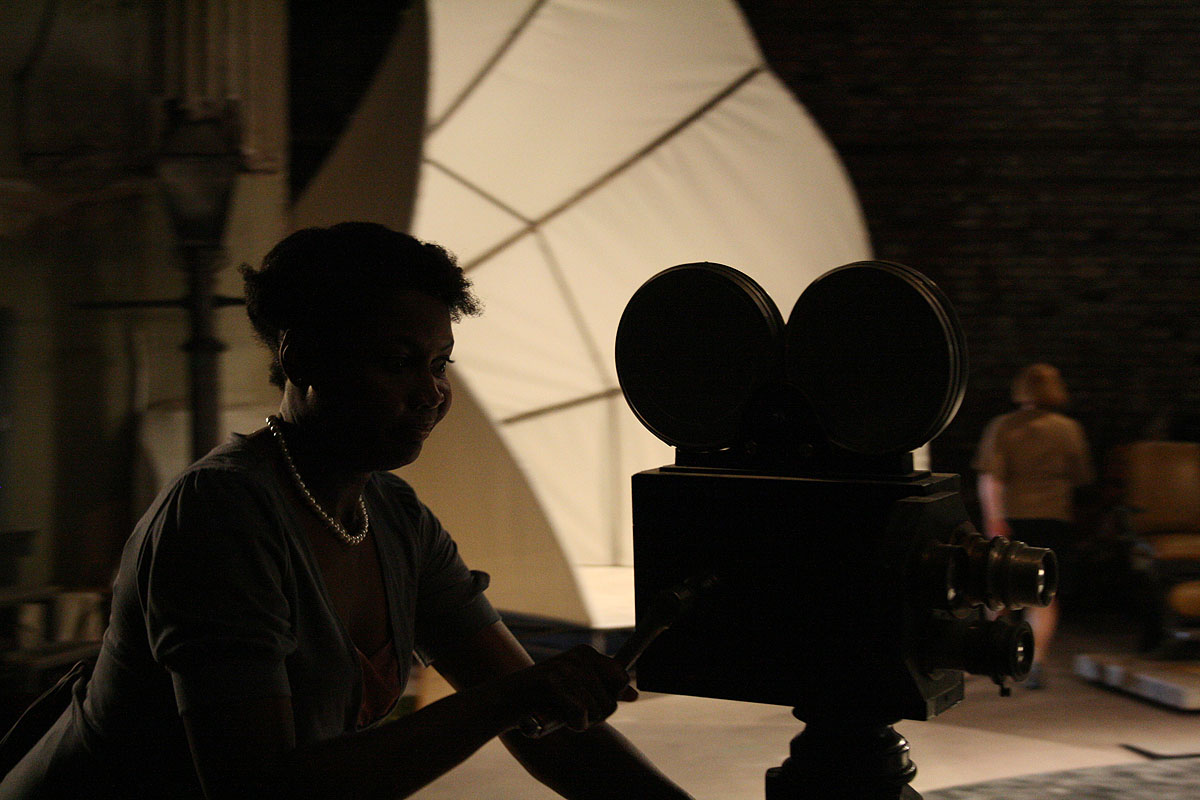 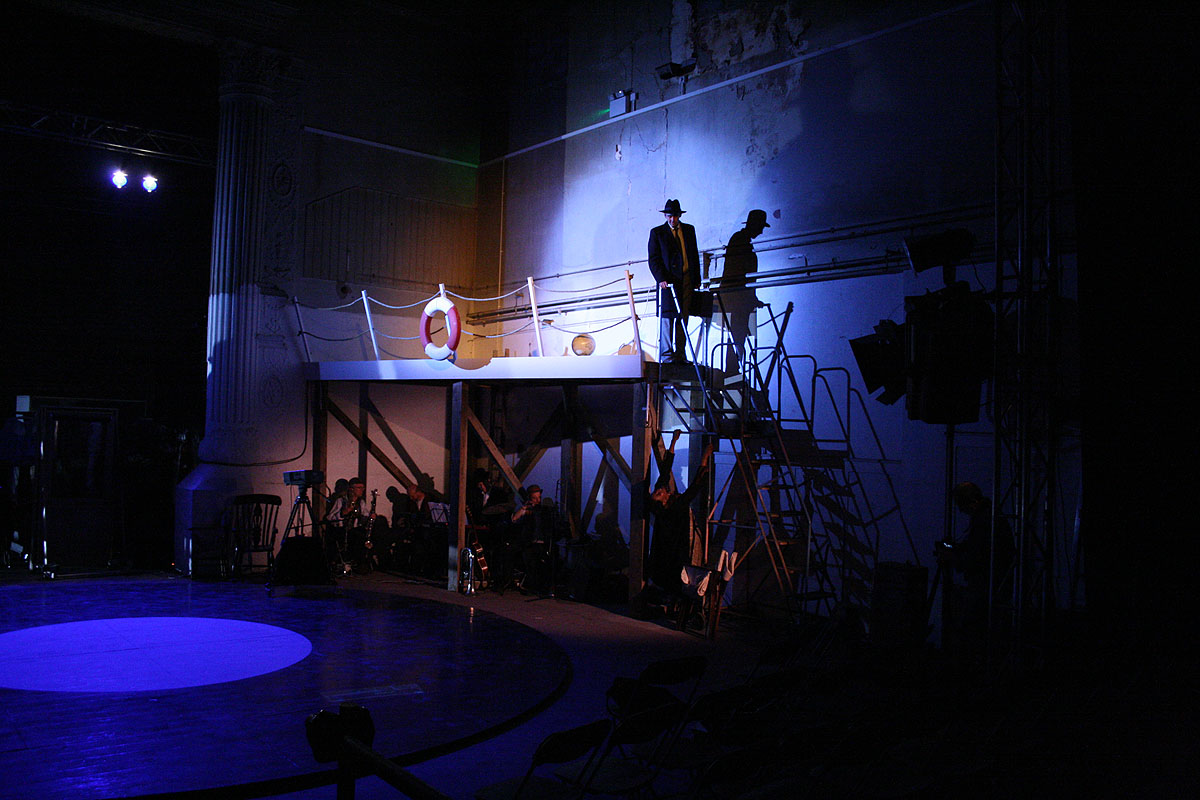 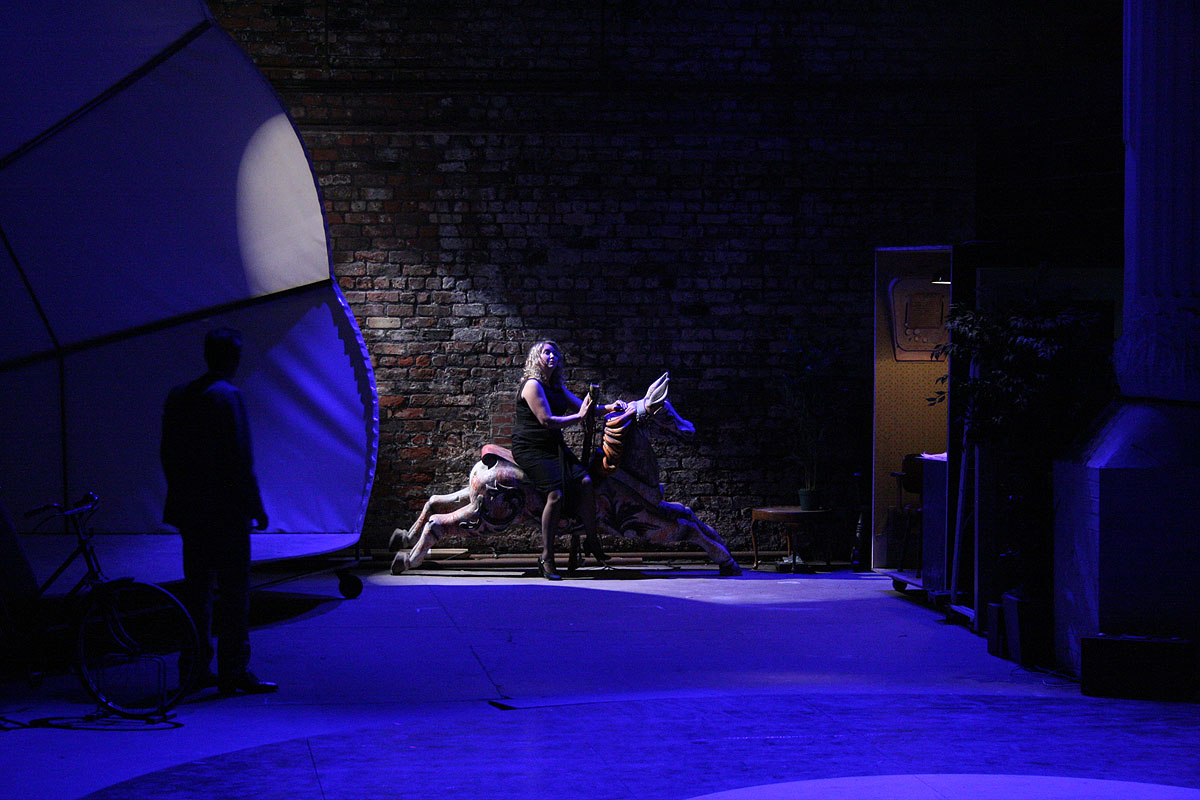 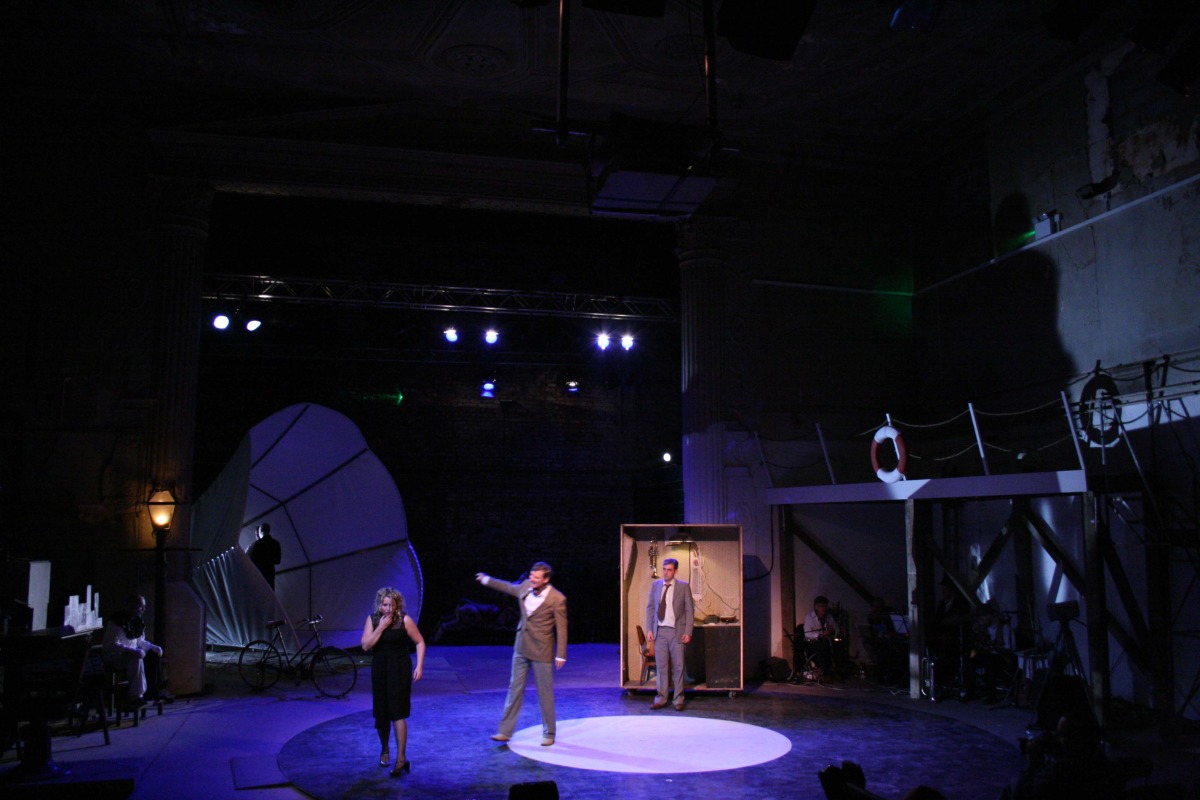 Spanning most of the last century, The Quiet Little Englishman tells the true story of Hollywood sound engineer George Groves as he followed his flapper girl Olga from Liverpool to New York and recorded the sound for Al Jolson’s The Jazz Singer and Woodstock the film and everything that came in-between. Surreal and epic, the action was nominally set in a film lot, allowing the multiple locations – barbershop, transatlantic liner, sound stage, car, New York skyline, to flow by, created from the ‘set’. Revealing poignant behind the scenes moments, characters included Jimmy Hendrix’ mother, Louie Armstrong, the cast of Gone With The Wind and a contemporary hitchhiker.

The production took place within Park Palace, a semi-derelict former cinema and dancehall in the Dingle, Liverpool, as part of Liverpool 08 European Capital of Culture.

Written by Esther Wilson and Devised by the company